From Nordan Symposia
(Redirected from Offending)
Jump to navigationJump to search 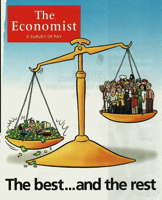 Middle English, from Anglo-French, from Latin offensa, from feminine of offensus, past participle of offendere

b archaic : a cause or occasion of sin : stumbling block

b : the means or method of attacking or of attempting to score
c : the offensive team or members of a team playing offensive positions
d : scoring ability

b : the state of being insulted or morally outraged <takes offense at the slightest criticism>

b : an infraction of law; especially : misdemeanor

For lessons on the topic of Offence, follow this link.

In law, an offence is a violation of the penal law. An offence can range from a simple misdemeanour (e.g. a traffic violation) to a felony (e.g. capital murder). In common law usage, 'offence' differs from 'crime' in that there is typically no victim, but the action remains prohibited by statute.

In sports, offense or offence (see American and British English spelling differences; pronounced with first-syllable stress), also known as attack, is the action of attacking or engaging an opposing team with the objective of scoring points or goals. The term may also refer to the tactics involved in offense, or a sub-team whose primary responsibility is offense.

Generally, goals are scored by teams' offenses, but in sports such as American Football it is common to see defenses and special teams (which serve as a team's offensive unit on kicking plays and defensive on returning plays) score as well. The fielding side in Cricket is also generally known as the attack despite the batting side being the side that scores runs.

In Britain and elsewhere, the term offence is almost always taken to mean an infraction of the rules, a penalty or foul, and attack is more likely to be used where Americans would use 'offense'. In soccer the offense is the effect that have prefectively strikers or the forwards, but back players can attack too.