From Nordan Symposia
(Redirected from Pluralistic)
Jump to navigationJump to search 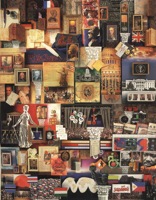 b : the state of being numerous
c : a large number or quantity

b : an excess of votes over those cast for an opposing candidate
c : a number of votes cast for a candidate in a contest of more than two candidates that is greater than the number cast for any other candidate but not more than half the total votes cast

Pluralism is, in the general sense, the acknowledgment of diversity. The concept is used, often in different ways, in a wide range of issues. In politics, pluralism is often considered by proponents of modern democracy to be in the interests of its citizens, and so political pluralism is one of its most important features.

In democratic politics, pluralism is a guiding principle which permits the peaceful coexistence of different interests, convictions and lifestyles. In this context it has normative connotations absent from its use to denote a theoretical standpoint. Unlike totalitarianism or particularism, pluralism acknowledges the diversity of interests and considers it imperative that members of society accommodate their differences by engaging in good-faith negotiation.

One of the earliest arguments for pluralism came from James Madison in The Federalist Papers 10.. Madison feared that factionalism would lead to in-fighting in the new American republic and devotes this paper to questioning how best to avoid such an occurrence. He posits that to avoid factionalism, it is best to allow many competing factions to prevent any one dominating the political system. This relies, to a degree, on a series of disturbances changing the influences of groups so as to avoid institutional dominance and ensure competition.[1]