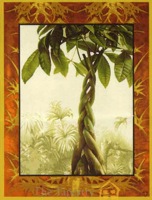 Prestige is a word commonly used to describe reputation or esteem, though it has three somewhat related meanings that, to some degree, may be contradictory. Which meaning applies depends on the historical context and the person using the word.

Originally, prestige referred to pomposity, which was taken as a sign of poor taste. In this regard, the word had strictly negative connotations. Indeed, the root of the word "prestige" comes from the Latin præstigum, meaning a delusion or a trick. In some Romance languages "prestige" retains this original meaning.