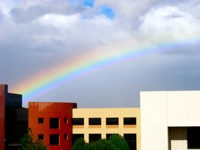 b : to endorse as fit, worthy, or competent <recommends her for the position>

The term "recommendation letter" is often used interchangeably with the term "reference letter"; however, there is a difference between the two types. Letters of recommendation are very specific in nature and normally requested/required and are always addressed to an individual, whereas letters of reference are more general in nature and are usually addressed "To Whom It May Concern".