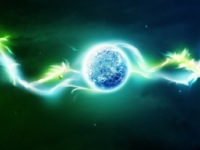 Research shows that over the past 75 years a number of significant breakthroughs in energy generation and propulsion have occurred that have been systematically suppressed. Since the time of Tesla, T. Townsend Brown and others in the early and mid-twentieth century we have had the technological ability to replace fossil fuel, internal combustion and nuclear power generating systems with advanced non-polluting electromagnetic and electro-gravitic systems. The open literature is replete with well-documented technologies that have surfaced, only to later be illegally seized or suppressed through systematic abuses of the national security state, large corporate and financial interests or other shadowy concerns.

Technologically, the hurdles to achieve what is called over-unity energy generation by accessing the teeming energy in the space around us are not insurmountable. Numerous inventors have done so for decades. What has been insurmountable are the barriers created through the collusion of vast financial, industrial, oil and rogue governmental interests.

In short, the strategic barriers to the widespread adoption of these new electromagnetic energy-generating systems far exceed the technological ones. The proof of this is that, after many decades of innovation and promising inventions, none have made it through the maze of regulatory, patenting, rogue national security, financial, scientific and media barriers that confront the inventor or small company.[1]

These power directors function alone in the prematerial and postforce phases of a [[local universe]] creation. There is no opportunity for a Creator Son to begin universe organization until the power directors have effected the mobilization of the space-energies sufficiently to provide a material foundation — literal suns and material spheres — for the emerging universe.(32:1.2)

The sources of solar energy, named in the order of their importance, are:

having left it, together with other energies having extrasolar origin.(41:7.3)