From Nordan Symposia
(Redirected from Superimposing)
Jump to navigationJump to search 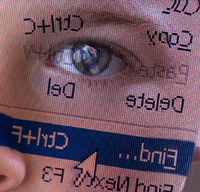 In graphics, superimposition is the placement of an image or video on top of an already-existing image or video, usually to add to the overall image effect, but also sometimes to conceal something (such as when a different face is superimposed over the original face in a photograph).

This technique is used in cartography to produce photomaps by superimposing grid lines, contour lines and other linear or textual mapping features over aerial photographs.