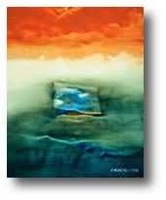 b : a store of money in reserve

Treasure (from Greek θησαυρος; thesaurus, meaning "a treasure of the chest", is a cognate) is a concentration of riches, often one which is considered lost or forgotten until being rediscovered. Some jurisdictions legally define what constitutes treasure, such as in the British Treasure Act 1996.

The phrase "blood and treasure" or "lives and treasure" has been used to refer to the human and monetary costs associated with various (usually state-initiated) endeavours such as space exploration or war.

For lessons on the topic of Treasure, follow this link.

The Story Of El Dorado

In 1595, the English explorer Sir Walter Raleigh set out to find the legendary city of El Dorado. The city was never found but Raleigh wrote at length about his venture to South America in which he claimed to have come within close proximity of "the great Golden Citie of Manoa (which the Spaniards call El Dorado)." Despite the fact that his narrative was quite unrealistic — it described a tribe of headless people, for example — his reputation commanded such respect that other cartographers apparently used Raleigh's map as a model for their own. Cartographer Jodocus Hondius included El Dorado in his 1598 map of South America, as did Dutch publisher Theodore de Bry. The city remained on maps of South America until as late as 1808 and spawned numerous unsuccessful hunts for the city.

The midway culture, being the product of an immortal planetary citizenry, is relatively immune to those temporal vicissitudes which beset human civilization. The generations of men forget; the corps of midwayers remembers, and that memory is the treasure house of the traditions of your inhabited world. Thus does the culture of a planet remain ever present on that planet, and in proper circumstances such treasured memories of past events are made available, even as the story of the life and teachings of Jesus has been given by the midwayers of Urantia to their cousins in the flesh.[1]