From Nordan Symposia
(Redirected from Trusts)
Jump to navigationJump to search 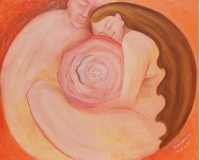 Trust is a qualitative measure of reliance in the context of personal relationship. A trusted party is presumed to seek to fulfill policies, ethical codes, law and their previous promises.

Trust does not need to involve belief in the good character, vices, or morals of the other party. Persons engaged in a criminal activity usually trust each other to some extent. Also, trust does not need to include an action that you and the other party are mutually engaged in. Trust is a prediction of reliance on an action, based on what a party knows about the other party. Trust is a statement about what is otherwise unknown -- for example, because it is far away, cannot be verified, or is in the future.

In the social sciences, the subtleties of trust are a subject of ongoing research. In sociology (and psychology) the degree to which one party trusts another is a measure of belief in the honesty, benevolence and competence of the other party. Based on the most recent research, a failure in trust may be forgiven more easily if it is interpreted as a failure of competence rather than a lack of benevolence or honesty.

From this perspective, trust is a mental state, which cannot be measured directly. Confidence in the results of trusting may be measured through behavior, or alternatively, one can measure self-reported trust (with all the caveat surrounding that method). Trust may be considered a moral choice[, or at least a heuristic, allowing the human to deal with complexities that outgo rationalistic reasoning. In this case, machine-human trust is meaningless, because computers have no moral sense and rely on rational computations. Any trust in a device under this characterization is computer-mediated trust of the user of the machine in the designer and creator of the device; who has implemented the rational rules into the device. Francis Fukuyama and Tyler are academics who advocate this conception of trust – as moral and not directly observable.

A second perspective in social theory comes from the classic Foundations of Social Theory by James S. Coleman. Coleman offers a four-part definition:

The strength of Coleman's definition is that it allows for discussion of trust behavior. These discussions have been particularly useful in reasoning about human-computer trust, and trust behaviors.

A critical element in studies of trust behavior is power. One who is in a position of dependence cannot be said to trust another in a moral sense, but can be defined as trusting another in the most strict behavioral sense. Trusting another party when one is compelled to do so is sometimes called reliance, to indicate that the belief in benevolence and competence may be absent, while the behaviors are present. Others refer only to coercion.

Coleman's definition does not account for the distinction between trust (worthiness-see worship) as a moral attribute and trustworthiness as mere reliability. It is Annette Baier (Ethics, 1987) who characterizes contexts of trust as structures of interaction in which moral obligations act upon the trustees.

The substantive conflict in the social sciences is whether trust is entirely internal, and only confidence is observable, or whether trust behaviors (and self reported levels of trust) can meaningfully measure trust in the absence of coercion. Note however that many languages (e.g. Dutch or German) do not distinguish between the words trust and confidence, which is complicating this issue. The distinction between trust and confidence is an unsolved issue in current trust/confidence research.

In general, trust is essential as Social institutions (governments), economies, and communities require trust to function. Therefore trust and altruism are areas of study for economists, although these concepts go beyond strict rational economics.

In psychology, trust begins just from the birth of the child. Trust grows stronger as the child grows older. But the root of trust comes from the relationship between the mother or caregiver of the child. The strength in the family relies on the trust. If the family is very accepting and loving, the children will have a better grip on trusting others. If a child did not have a strong family to fall back on, they might have issues developing trust between friends and other family members. Trust is a very sacred thing and is hard to regain trust once lost. Many children are given blankets or teddy bears at birth that they end up keeping for most of their lives, or just their baby stage. The teddy bear or blanket is something that has been there for their whole life as the child knows it. Having either a teddy bear or blanket or even something that has been there for their whole life creates good trust.

Trust is integral to the idea of social influence: it is easier to influence or persuade someone who is trusting. The notion of trust is increasingly adopted to predict acceptance of behaviors by others, institutions (e.g. government agencies) and objects such as machines. However, once again perception of honesty, competence and value similarity (slightly similar to benevolence) are essential.There are three different forms of trust. Trust is being vulnerable to someone even though they are trustworthy; Trustworthiness is the ability to trust, and trust propensity being able to rely on them. Once trust is lost, by obvious violation of one of these three determinants, it is very hard to regain trust. Thus there is a clear a-symmetry in building versus destruction of trust. Hence being and acting trustworthy should be considered the only sure way to maintain a trust level.

Increasingly much research has been done on the notion of trust and its social implications:

In addition to the social influence, in organizational settings, trust may have a positive influence on the behaviors, perceptions, and performances of a person. One factor that enhances trust in a human being is facial resemblance. Evidence shows through manipulation of facial resemblance in a two person sequential trust game that having similar facial features (facial resemblance) enhanced trust in their partner.[4] Structure often creates trust in a person that encourages them to feel comfortable and excel in the workplace. Working anywhere may be stressful and takes effort. By having a conveniently organized area to work on, concentration will increase as well as effort. Structure is not just a method of order. It increases trust and therefore makes a workplace manageable. A structured, ordered environment produces trust as one may contain increased cooperation and perform on a higher level. People may work together and achieve success through trust, while working on projects that rely on each individual’s contribution. [5]

An important key to treating sexual victimization of a child is the rebuilding of trust between daughter and mother. Failure for the adults to validate the sexual abuse contributes to the child's difficulty trusting the self and others. [7] Trust is often affected by the erosion of a marriage. Children of divorce do not exhibit less trust in mothers, partners, spouses, friends, and associates than their peers of intact families. The impact of parental divorce is limited to trust in the father. [8]

Is hope--the grandeur of trust--desirable? Then human existence must constantly be confronted with insecurities and recurrent uncertainties.[1]