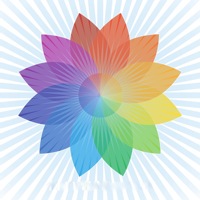 The word "twelve" is the largest number with a single-morpheme name in English. Etymology suggests that "twelve" (similar to "eleven") arises from the Germanic compound twalif "two-leftover", so a literal translation would yield "two remaining [after having ten taken]". This compound meaning may have been transparent to speakers of Old English, but the modern form "twelve" is quite opaque. Only the remaining tw- hints that twelve and two are related.

The number twelve is often used as a sales unit in trade, and is often referred to as a dozen. Twelve dozen are known as a gross. (Note that there are thirteen items in a baker's dozen.)

As shown below, the number twelve is frequently cited in the Abrahamic religions and is also central to Western calendar and units of time.

If an odd perfect number is of the form 12k + 1, it has at least twelve distinct prime factors.

A twelve-sided polygon is a dodecagon. A twelve-faced polyhedron is a dodecahedron. Regular cubes and octahedrons both have 12 edges, while regular icosahedrons have 12 vertices. Twelve is a pentagonal number. The densest three-dimensional lattice sphere packing has each sphere touching 12 others, and this is almost certainly true for any arrangement of spheres (the Kepler conjecture). Twelve is also the kissing number in three dimensions.

Twelve is the smallest weight for which a cusp form exists. This cusp form is the discriminant Δ(q) whose Fourier coefficients are given by the Ramanujan τ-function and which is (up to a constant multiplier) the 24th power of the Dedekind eta function. This fact is related to a constellation of interesting appearances of the number twelve in mathematics ranging from the value of the Riemann zeta function function at -1 i.e. ζ(-1)=-1/12, the fact that the abelianization of SL(2,Z) has twelve elements, and even the properties of lattice polygons.

The duodecimal system (1210 [twelve] = 1012), which is the use of 12 as a division factor for many ancient and medieval weights and measures, including hours, probably originates from Mesopotamia.

In base thirteen and higher bases (such as hexadecimal), twelve is represented as C. In base 10, the number 12 is a Harshad number.

There are twelve basic hues in the color wheel; 3 primary colors (red, yellow, blue), 3 secondary colors (orange, green & purple) and 6 tertiary colors (names for these vary, but are intermediates between the primaries and secondaries).[1]