From Nordan Symposia
(Redirected from Vain)
Jump to navigationJump to search 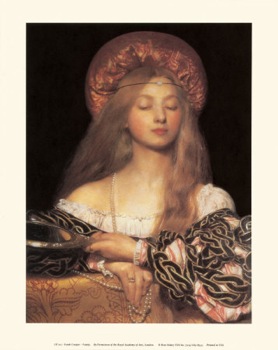 Middle English vanite, from Anglo-French vanité, from Latin vanitat-, vanitas quality of being empty or vain, from vanus empty, vain

b. Vain and unprofitable conduct or employment of time.
c. in vanity, in vain. Obs.1

b. The quality of being foolish or of holding erroneous opinions. Obs.

b. With a and pl.: An instance of this; an occasion for being vain.
c. A thing of which one is vain; also slang, one's favourite liquor.

b. An idle tale or matter; an idea or statement of a worthless or unfounded nature. Obs.

In conventional parlance, vanity is the excessive belief in one's own abilities or attractiveness to others. Prior to the 14th century it did not have such narcissistic undertones, and merely meant futility. The related term vainglory is now often seen as an archaic synonym for vanity, but originally meant boasting in vain, i.e. unjustified boasting; although glory is now seen as having an exclusively positive meaning, the Latin term gloria (from which it derives) roughly means boasting, and was often used as a negative criticism.

In many religions vanity, in its modern sense, is considered a form of self-idolatry, in which one rejects God for the sake of one's own image, and thereby becomes divorced from the graces of God. The stories of Lucifer, Narcissus (who gave us the term narcissism) and others attend to a pernicious aspect of vanity. Philosophically speaking, vanity may refer to a broader sense of egoism and pride. Friedrich Nietzsche wrote that "vanity is the fear of appearing original: it is thus a lack of pride, but not necessarily a lack of originality." One of Mason Cooley's aphorisms is "Vanity well fed is benevolent. Vanity hungry is spiteful."

In Christian teachings vanity is considered an example of pride, one of the seven deadly sins. This list evolved from an earlier list of eight sins, which included vainglory as a sin independent of pride.

In Orthodox church, vanity is one of eight sinful and diabolical passions, the fight against which is a major task of every Orthodox Christian.[1]