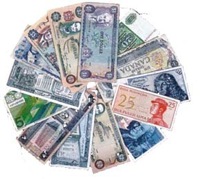 For lessons on the related topic of Economics, follow this link.

Finance (pronounced /fɪˈnænts/ or / ˈfaɪnænts/) is the science of funds management. The general areas of finance are business finance, personal finance, and public finance. Finance includes saving money and often includes lending money. The field of finance deals with the concepts of time, money, risk and how they are interrelated. It also deals with how money is spent and budgeted.

One facet of finance is through individuals and business organizations, which deposit money in a bank. The bank then lends the money out to other individuals or corporations for consumption or investment and charges interest on the loans.

Loans have become increasingly packaged for resale, meaning that an investor buys the loan (debt) from a bank or directly from a corporation. Bonds are debt instruments sold to investors for organizations such as companies, governments or charities. The investor can then hold the debt and collect the interest or sell the debt on a secondary market. Banks are the main facilitators of funding through the provision of credit, although private equity, mutual funds, hedge funds, and other organizations have become important as they invest in various forms of debt. Financial assets, known as investments, are financially managed with careful attention to financial risk management to control financial risk. Financial instruments allow many forms of securitized assets to be traded on securities exchanges such as stock exchanges, including debt such as bonds as well as equity in publicly traded corporations.

Central banks, such as the Federal Reserve System banks in the United States and Bank of England in the United Kingdom, are strong players in public finance, acting as lenders of last resort as well as strong influences on monetary and credit conditions in the economy.[1]