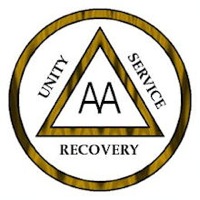 A Twelve-Step Program is a set of guiding principles outlining a course of action for recovery from addiction, compulsion, or other behavioral problems. Originally proposed by Alcoholics Anonymous (AA) as a method of recovery from alcoholism, the Twelve Steps were first published in the book Alcoholics Anonymous: The Story of How More Than One Hundred Men Have Recovered from Alcoholism in 1939.[2] The method was then adapted and became the foundation of other twelve-step programs. As summarized by the American Psychological Association, the process involves the following:

For lessons on the topic of 12 Step Programs, follow this link.

Twelve-step methods have been adopted to address a wide range of substance-abuse and dependency problems. Over 200 self-help organizations–often known as fellowships—with a worldwide membership of millions—now employ twelve-step principles for recovery. Narcotics Anonymous was formed by addicts who did not relate to the specifics of alcohol dependency. Similar demographic preferences related to the addicts' drug of choice has led to the creation of Cocaine Anonymous, Crystal Meth Anonymous, Pills Anonymous and Marijuana Anonymous. Behavioral issues such as compulsion for, and/or addiction to, gambling, crime, food, sex, hoarding, debting and work are addressed in fellowships such as Gamblers Anonymous, Overeaters Anonymous, Reentry Anonymous, Sexual Compulsives Anonymous, Sexaholics Anonymous Clutterers Anonymous, Debtors Anonymous and Workaholics Anonymous. Auxiliary groups such as Al-Anon and Nar-Anon, for friends and family members of alcoholics and addicts, respectively, are part of a response to treating addiction as a disease that is enabled by family systems.

Alcoholics Anonymous (AA), the first twelve-step fellowship, was founded in 1935 by Bill Wilson and Dr. Bob Smith, known to AA members as "Bill W." and "Dr. Bob", in Akron, Ohio. They established the tradition within the "anonymous" twelve-step programs of using only first names "at the level of press, radio and film."

As AA was growing in the "s 1930s and 1940s, definite guiding principles began to emerge as the Twelve Traditions. A Singleness of purpose emerged as Tradition Five: "Each group has but one primary purpose -- to carry its message to the alcoholic who still suffers." Consequently, drug addicts who do not suffer from the specifics of alcoholism involved in AA hoping for recovery technically are not welcome in "closed" meetings unless they have a desire to stop drinking alcohol. The reason for such emphasis on alcoholism as the problem is to overcome denial and distraction. Thus the principles of AA have been used to form many numbers of other fellowships for those recovering from various pathologies, each of which in turn emphasizes recovery from the specific malady which brought the sufferer into the fellowship.

These are the original Twelve Steps as published by Alcoholics Anonymous:

In some cases, where other twelve-step groups have adapted the AA steps as guiding principles, they have been altered to emphasize principles important to those particular fellowships, and to remove gender-biased language.[11][12][13]