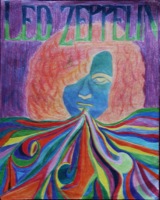 Latin, from Greek, exposition, emphasis, from emphainein to indicate, from en- + phainein to show

b : a particular prominence given in reading or speaking to one or more words or syllables

In typography, emphasis is the exaggeration of words in a text with a font in a different style from the rest of the text—to emphasize them.

The human eye is very receptive to differences in brightness within a text body. One can therefore differentiate between types of emphasis according to whether the emphasis changes the “blackness” of text.

A means of emphasis that does not have much effect on “blackness” is the use of italics, where the text is written in a script style, or the use of oblique, where the vertical orientation of all letters is slanted to the left or right. With one or the other of these techniques (usually only one is available for any typeface), words can be highlighted without making them stand out much from the rest of the text (inconspicuous stressing). Traditionally, this is used for marking passages that have a different context, such as words from foreign languages, book titles, and the like.

By contrast, boldface makes text darker than the surrounding text. With this technique, the emphasized text strongly stands out from the rest; it should therefore be used to highlight certain keywords that are important to the subject of the text, for easy visual scanning of text. For example, printed dictionaries often use boldface for their keywords, and the names of articles can conventionally be marked in bold.

If the text body is typeset in a serif typeface, it is also possible to highlight words by setting them in a sans serif face; this practice is somewhat archaic.

Small capitals are also used for emphasis, especially for the first line of a section, sometimes accompanied by or instead of a drop cap.

In Cyrillic and blackletter typography, it used to be common to emphasize words using letterspaced type. This practice for Cyrillic has become obsolete with the availability of Cyrillic italic and small capital fonts (Bringhurst version 3.0, p 32).

The above-mentioned methods of emphasis fall under the general technique of emphasis through a change of font.[1]