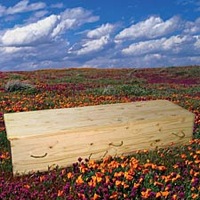 Antithesis (Greek for "setting opposite", from ἀντί "against" + θέσις "position") is a counter-proposition and denotes a direct contrast to the original proposition. In setting the opposite, an individual brings out of a contrast in the meaning (e.g., the definition, interpretation, or semantics) by an obvious contrast in the expression.

A simple enumeration of the elements of dialectics is that of thesis, antithesis, synthesis. Hell is the antithesis of Heaven; disorder is the antithesis of order. It is the juxtaposition of contrasting ideas, usually in a balanced way. In rhetoric, it is a figure of speech involving the bringing out of a contrast in the ideas by an obvious contrast in the words, clauses, or sentences, within a parallel grammatical structure, as in the following:

Antithesis is sometimes double or alternate, as in the appeal of Augustus:

"Listen, young men, to an old man to whom old men were glad to listen when he was young."

Some other examples of antithesis are:

A) Man proposes, God disposes.
B) Give everyman thy ear, but few thy voice.
C) Many are called, but few are chosen.

Among English writers who have made the most abundant use of antithesis are Pope, Young, Johnson, and Gibbon; and especially Lyly in his Euphues. It is, however, a much more common feature in French than in English; while in German, with some striking exceptions, it is conspicuous by its absence. The familiar phrase “Man proposes: God disposes” is an example of antithesis, as is John Dryden's description in The Hind and the Panther: “Too black for heaven, and yet too white for hell.”

The force of the antithesis is increased if the words on which the beat of the contrast falls are alliterative, or otherwise similar in sound. It gives an expression greater point and vivacity... than a judicious employment of this figure.