From Nordan Symposia
(Redirected from Artificiality)
Jump to navigationJump to search 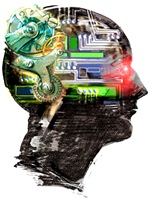 I. Opposed to natural.

1. a. Of a thing: made or constructed by human skill, esp. in imitation of, or as a substitute for, something which is made or occurs naturally; man-made.

c. Designating a man-made object (real or imaginary) that is placed in orbit round a celestial object, in the manner of a natural planet or satellite.

2. a. Of a system, situation, etc.: brought about by human skill or intervention; that does not occur or result naturally, spontaneously, or in the expected manner. Also of an act or process: carried out by non-natural means.

b. Of a natural phenomenon: produced by or resulting from human skill or design.

c. Physics. Of nuclear transmutation and radioactivity: brought about (as by bombardment with subatomic particles), rather than natural or spontaneous; (of isotopes and elements) resulting from phenomena of this kind, not occurring naturally.

3. Not natural or genuine in appearance or manners; affected, pretentious.

4. a. Contrived or fabricated for a particular purpose, esp. for deception; resulting from artifice; feigned, fictitious.

b. Contract Bridge. Designating a bid or bidding system used to signal information about a player's hand to his or her partner by means of a prearranged convention.

5. Chiefly Biol. and Taxon. Designating a classification scheme based on characteristics selected primarily for pragmatic reasons, to enable identification and categorization of the things classified, rather than for any correspondence to natural affinities or essential characteristics; relating to such a system. Recorded earliest in artificial system

II. Of or relating to art or science.

6. According to the principles of an art or science; scientific, systematic. Now rare except in artificial music, used in translating or referring to the work of the 14th-cent. French poet Eustache Deschamps.

7. Of or designating the practical arts or crafts; (esp. of language) technical. Obs.

9. a. Of a thing: skilfully made or contrived; cleverly constructed. Obs.

b. Of a person: skilled in an art or craft; technically or artistically adept. Obs.

11. Logic. Of an argument: relying on sound rational principles as opposed to authority or testimony. Cf. INARTIFICIAL adj. 3. Now hist. Used only in reference to Ramist logic.

1. With the. That which is artificial. Freq. contrasted with NATURAL n.1 9b.

2. An artificial or man-made thing; a product of artifice. Usu. in pl. Now rare except in specific uses