From Nordan Symposia
(Redirected from Chanting)
Jump to navigationJump to search 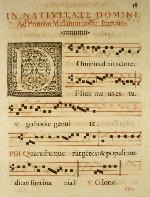 Chant (from Old French chanter[1]) is the rhythmic speaking or singing of words or sounds, often primarily on one or two pitches called reciting tones. Chants may range from a simple melody involving a limited set of notes to highly complex musical structures, often including a great deal of repetition of musical subphrases, such as Great Responsories and Offertories of Gregorian chant. Chant may be considered speech, music, or a heightened or stylized form of speech. In the later Middle Ages some religious chant evolved into song (forming one of the roots of later Western music).[2]

Chant as a spiritual practice

Chanting (e.g., mantra, sacred text, the name of God/Spirit, etc.) is a commonly used spiritual practice. Like prayer, chant may be a component of either personal or group practice. Diverse spiritual traditions consider chant a route to spiritual development.

For lessons on the topic of Chant, follow this link.

Chant practices vary. Tibetan Buddhist chant involves throat singing, where multiple pitches are produced by each performer. The concept of chanting mantras is of particular significance in many Hindu traditions and other closely related Dharmic Religions. For example, the Hare Krishna movement is based especially on the chanting of Sanskrit Names of God. Japanese Shigin (詩吟), or 'chanted poetry', mirrors Zen Buddhist principles and is sung from the Dan tien (or lower abdomen) — the locus of power in Eastern traditions.

Other uses of chant

Chants are used in a variety of settings from ritual to recreation. Supporters or players in sports contests may use them. Warriors in ancient times would chant a battle cry. They are also used on protests, and are widely adapted with only a few words changed between topic. Chants are the main form of communication used by Auctioneers in the auction industry, in what is known as the auction chant or bid calling.

Recently, musical genres such as Hardcore, Grindcore, and other aggressive forms of music have adopted this concept. Many times during a 'breakdown' (the segment of the song where the time signature is half counted or significantly slowed in some way). The singer will recite a chant, the object of this is to get everyone involved and create a feeling of passion throughout the room causing overall reaction to the music, including pits, to be more intense. Rap music, which is primarily spoken rather than sung, depends heavily on a highly rhythmic delivery with many elements of chant, particularly in chorus sections.

Chanting is also popular in film and Video Game scores, such as the The Lord of the Rings film trilogy by Howard Shore, Star Wars: Episode I: The Phantom Menace by John Williams , Ghost in the Shell by Kenji Kawai or Man vs Godzilla by Akira Ifukube, or in the case of games, the Halo (series) of First Person Shooters by Martin O'Donnell and Michael Salvatori.

Chant music has also been proven to be an effective tool for helping young children (ages 6 months to 6 years) rest and nap. The steady even tones, the even pace and the fact that the words are in another language not known to the children all help to calm their bodies and their minds and allows them to easily rest comfortably assuring them the rest their growing bodies need.