From Nordan Symposia
(Redirected from Classify)
Jump to navigationJump to search 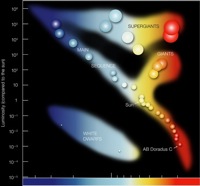 b : the period during which such a body meets
c : a course of instruction
d : a body of students or alumni whose year of graduation is the same

b : a collection of adjacent and discrete or continuous values of a random variable

Social classes are economic or cultural arrangements of groups in society. Class is an essential object of analysis for sociologists, political scientists, economists, anthropologists and social historians. In the social sciences, social class is often discussed in terms of 'social stratification'. In the modern Western context, stratification typically comprises three layers: upper class, middle class, and lower class. Each class may be further subdivided into smaller classes (e.g. occupational).

For lessons on the related topic of Status, follow this link.

The most basic class distinction is between the powerful and the powerless. Social classes with a great deal of power are usually viewed as "the elites" within their own societies. Various social and political theories propose that social classes with greater power attempt to cement their own ranking above the lower classes in the hierarchy to the detriment of the society overall. By contrast, conservatives and structural functionalists have presented class difference as intrinsic to the structure of any society and to that extent ineradicable.

In Marxist theory, two basic class divisions owe to the fundamental economic structure of work and property: the proletariat and the bourgeoisie. The capitalists own the means of production, but this effectively includes the proletariat as they are only able to sell their own labor power (See also: wage labour). These inequalities are normalised and reproduced through cultural ideology. Max Weber critiqued historical materialism (or economic determinism), positing that stratification is not based purely on economic inequalities, but on other status and power differentials. Social class pertaining broadly to material wealth may be distinguished from status class based on honour, prestige, religious affiliation, and so on.

Theorists such as Ralf Dahrendorf have noted the tendency toward an enlarged [middle class in modern Western societies, particularly in relation to the necessity of an educated work force in technological economies. Perspectives concerning globalization and neocolonialism, such as dependency theory, suggest this owes to the shift of low-level labourers to developing nations and the Third World. Developed nations have thereby become less directly active in primary industry (e.g. basic manufacturing, agriculture, forestry, mining, etc.) and increasingly involved with "virtual" goods and services. The national concept of "social class" has therefore become increasingly complex and confused.[2]