From Nordan Symposia
(Redirected from Corporation)
Jump to navigationJump to search 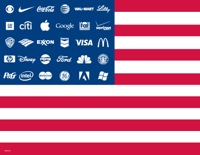 The word "corporation" derives from corpus, the Latin word for body, or a "body of people."

For lessons on the topic of Corporations, follow this link.

b : the municipal authorities of a town or city

A corporation is created under the laws of a state as a separate legal entity that has privileges and liabilities that are distinct from those of its members. There are many different forms of corporations, most of which are used to conduct business. Early corporations were established by charter (i.e. by an ad hoc act passed by a parliament or legislature). Most jurisdictions now allow the creation of new corporations through registration.

Despite not being natural persons, corporations are recognized by the law to have rights and responsibilities like natural persons ("people"). Corporations can exercise human rights against real individuals and the state, and they can themselves be responsible for human rights violations. Corporations are conceptually immortal but they can "die" when they are "dissolved" either by statutory operation, order of court, or voluntary action on the part of shareholders. Insolvency may result in a form of corporate 'death', when creditors force the liquidation and dissolution of the corporation under court order, but it most often results in a restructuring of corporate holdings. Corporations can even be convicted of criminal offenses, such as fraud and manslaughter.

As Adam Smith pointed out in the Wealth of Nations, when ownership is separated from management (i.e. the actual production process required to obtain the capital), the latter will inevitably begin to neglect the interests of the former, creating dysfunction within the company. Some maintain that recent events in corporate America may serve to reinforce Smith's warnings about the dangers of legally protected collectivist hierarchies. [1]