From Nordan Symposia
(Redirected from Objective)
Jump to navigationJump to search 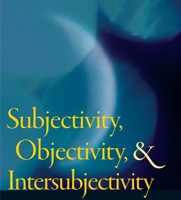 The quality or character of being objective; (in later use) esp. the ability to consider or represent facts, information, etc., without being influenced by personal feelings or opinions; impartiality; detachment.

Objectivity is both an important and very difficult concept to pin down in philosophy. While there is no universally accepted articulation of objectivity, a proposition is generally considered to be objectively true when its truth conditions are "mind-independent"—that is, not the result of any judgments made by a conscious entity. Put another way, objective truths are those which are discovered rather than created. While such formulations capture the basic intuitive idea of objectivity, neither is without controversy.

For lessons on the topic of Objectivity, follow this link.

In philosophy, an objective fact means a truth that remains true everywhere, independently of human thought or feelings. For instance, it is true always and everywhere that 'in base 10, 2 plus 2 equals 4'. A subjective fact is one that is only true under certain conditions, at certain times, in certain places, or for certain people.

Among the truth-conducive tools of thought used by objective thinkers are the scientific virtues. When formulating a hypothesis to explain a particular fact, make sure that: your hypothesis is the simplest one on offer (Principle of Parsimony), that it is adequate to all known evidence, that it can predict as diverse an array of phenomena as possible, and that it is fruitfully "risky," according to Popperians, but more generally, that it can be verified by new or as yet unperformed experiments or observations.

The scientific virtue known as simplicity or parsimony has also come to be known as "Ockham’s Razor" because of its frequent use by the fourteenth century philosopher William of Ockham, whose primary statement of the principle in his nominalist epistemology is that in accounting for the facts nothing should be assumed as necessary unless it is established through evidentiary experience or reasoning, or is required by the articles of faith.

"Objectivism" is a term that describes a branch of philosophy that originated in the early nineteenth century. Gottlob Frege was the first to apply it, when he expounded an epistemological and metaphysical theory contrary to that of Immanuel Kant. Kant's rationalism attempted to reconcile the failures he perceived in realism, empiricism, and idealism and to establish a critical method of approach in the distinction between epistemology and metaphysics.

Objectivism, in this context, is an alternate name for philosophical realism, the view that there is a reality or ontological realm of objects and facts that exists independent of the mind. Stronger versions of this claim might hold that there is only one correct description of this reality. If it is true that reality is mind-independent, it is thus inclusive of objects that are unknown and not the subject of intentionality. Objectivity in referring requires a definition of truth. According to metaphysical objectivists, an object may truthfully be said to have this or that attribute, as in the statement "This object exists," whereas the statement "This object is true" or "false" is meaningless. Thus, only propositions have truth values. Essentially, the terms "objectivity" and "objectivism" are not synonymous, with objectivism being an ontological theory that incorporates a commitment to the objectivity of objects.

Plato's realism was a form of metaphysical objectivism, holding that the Ideas exist objectively and independently. Berkeley's empiricist idealism, on the other hand, could be called a subjectivism: he held that things only exist to the extent that they are perceived. Both theories claim methods of objectivity. Plato's definition of objectivity can be found in his epistemology, which takes as a model mathematics, and his metaphysics, where knowledge of the ontological status of objects and ideas is resistant to change. Plato considered knowledge of geometry as a condition of philosophical knowledge, both being concerned with universal truths. Plato's opposition between objective knowledge and doxa (opinions) would become the basis for later philosophies intent on resolving the problem of reality, knowledge and human existence. Personal opinions belong to the changing sphere of the sensible, opposed to a fixed and eternal incorporeal realm which is mutually intelligible. Where Plato distinguishes between what and how we know things (epistemology) and their ontological status as things (metaphysics), subjectivism such as Berkeley's and a mind dependence of knowledge and reality fails to make the distinction between what one knows and what is to be known, or in the least explains the distinction superficially. In Platonic terms, a criticism of subjectivism is that it is difficult to distinguish between knowledge, doxa, and subjective knowledge (true belief), distinctions which Plato makes.

The term, "ethical subjectivism," covers two distinct theories in ethics. According to cognitive versions of ethical subjectivism, the truth of moral statements depends upon people's values, attitudes, feelings, or beliefs. Some forms of cognitivist ethical subjectivism can be counted as forms of realism, others are forms of anti-realism. David Hume is a foundational figure for cognitive ethical subjectivism. On a standard interpretation of his theory, a trait of character counts as a moral virtue when it evokes a sentiment of approbation in a sympathetic, informed, and rational human observer. Similarly, Roderick Firth's ideal observer theory held that right acts are those that an impartial, rational observer would approve of. William James, another ethical subjectivist, held that an end is good (to or for a person) just in case it is desired by that person. According to non-cognitive versions of ethical subjectivism, such as emotivism, prescriptivism, and expressivism, ethical statements cannot be true or false, at all: rather, they are expressions of personal feelings or commands. For example, on A. J. Ayer's emotivism, the statement, "Murder is wrong" is equivalent in meaning to the emotive ejaculation, "Murder, Boo!"

According to the ethical objectivist, the truth or falsity of typical moral judgments does not depend upon the beliefs or feelings of any person or group of persons. This view holds that moral propositions are analogous to propositions about chemistry, biology, or history: they describe (or fail to describe) a mind-independent reality. When they describe it accurately, they are true --- no matter what anyone believes, hopes, wishes, or feels. When they fail to describe this mind-independent moral reality, they are false --- no matter what anyone believes, hopes, wishes, or feels. There are many versions of ethical objectivism, including various religious views of morality, Platonistic intuitionism, Kantianism, and certain forms of contractualism and ethical egoism. Note that Platonists define ethical objectivism in an even more narrow way, so that it requires the existence of intrinsic value. Consequently, they reject the idea that contractualists or egoists could be ethical objectivists.

The exquisite and transcendent experience of loving and being loved is not just a psychic illusion because it is so purely subjective. The one truly divine and objective reality that is associated with mortal beings, the Thought Adjuster, functions to human observation apparently as an exclusively subjective phenomenon. Man's contact with the highest objective reality, God, is only through the purely subjective experience of knowing him, of worshiping him, of realizing sonship with him.[1]