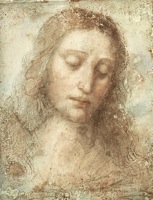 When the mortals of time fail to achieve the eternal survival of their souls in planetary association with the spirit gifts of the Universal Father, such failure is never in any way due to neglect of duty, ministry, service, or devotion on the part of the Adjuster. At mortal death, such deserted Monitors return to Divinington, and subsequently, following the adjudication of the non-survivor, they may be reassigned to the worlds of time and space. Sometimes, after repeated services of this sort or following some unusual experience, such as functioning as the indwelling Adjuster of an incarnated bestowal Son, these efficient Adjusters are personalized by the Universal Father.

Personalized Adjusters are beings of a unique and unfathomable order. Originally of existential pre-personal status, they have experientialized by participation in the lives and careers of the lowly mortals of the material worlds. And since the personality bestowed upon these experienced Thought Adjusters takes origin, and has its wellspring, in the Universal Father's personal and continuing ministry of the bestowals of experiential personality upon his creature creation, these Personalized Adjusters are classified as ascending Sons of God, the highest of all such orders of sonship.[1]

For lessons on the topic of Personalized Thought Adjusters, follow this link.

109:7.1 We cannot state whether or not non-Adjuster Father fragments are personalizable, but you have been informed that personality is the sovereign freewill bestowal of the Universal Father. As far as we know, the Adjuster type of Father fragment attains personality only by the acquirement of personal attributes through service-ministry to a personal being. These Personalized Adjusters are at home on Divinington, where they instruct and direct their prepersonal associates.

109:7.2 Personalized Thought Adjusters are the untrammelled, unassigned, and sovereign stabilizers and compensators of the far-flung universe of universes. They combine the Creator and creature experience—existential and experiential. They are conjoint time and eternity beings. They associate the prepersonal and the personal in universe administration.

109:7.3 Personalized Adjusters are the all-wise and powerful executives of the Architects of the Master Universe. They are the personal agents of the full ministry of the Universal Father—personal, prepersonal, and superpersonal. They are the personal ministers of the extraordinary, the unusual, and the unexpected throughout all the realms of the transcendental absonite spheres of the domain of God the Ultimate, even to the levels of God the Absolute.

109:7.5 Existential personality on the order of the infinite and absolute, the Father bestowed upon the Eternal Son, but he chose to reserve for his own ministry the experiential personality of the type of the Personalized Adjuster bestowed upon the existential prepersonal Adjuster; and they are thus both destined to the future eternal superpersonality of the transcendental ministry of the absonite realms of the Ultimate, the Supreme-Ultimate, even to the levels of the Ultimate-Absolute.

109:7.7 When the planetary Vorondadek observer of Urantia—the Most High custodian who not long since assumed an emergency regency of your world—asserted his authority in the presence of the resident governor general, he began his emergency administration of Urantia with a full staff of his own choosing. He immediately assigned to all his associates and assistants their planetary duties. But he did not choose the three Personalized Adjusters who appeared in his presence the instant he assumed the regency. He did not even know they would thus appear, for they did not so manifest their divine presence at the time of a previous regency. And the Most High regent did not assign service or designate duties for these volunteer Personalized Adjusters. Nevertheless, these three omnipersonal beings were among the most active of the numerous orders of celestial beings then serving on Urantia.

109:7.8 Personalized Adjusters perform a wide range of services for numerous orders of universe personalities, but we are not permitted to discuss these ministries with Adjuster-indwelt evolutionary creatures. These extraordinary human divinities are among the most remarkable personalities of the entire grand universe, and no one dares to predict what their future missions may be.