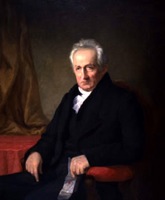 Philanthropy is the effort or inclination to increase the well-being of humankind, as by charitable aid or donations.

It is generally agreed that the word was coined 2500 years ago in ancient Greece, by the playwright Aeschylus, or whoever else wrote Prometheus Bound (line 11). There the author told as a myth how the primitive creatures that were created to be human, at first had no knowledge, skills, or culture of any kind—so they lived in caves, in the dark, in constant fear for their lives. Zeus, the tyrannical king of the gods, decided to destroy them, but Prometheus, a [Titan whose name meant “forethought,” out of his "philanthropos tropos" or “humanity-loving character” gave them two empowering, life-enhancing, gifts: fire, symbolizing all knowledge, skills, technology, arts, and science; and “blind hope” or optimism. The two went together—with fire, humans could be optimistic; with optimism, they could use fire constructively, to improve the human condition.

The new word, philanthropos, combined two words: philos, or “loving” in the sense of benefitting, caring for, nourishing; and anthropos— “humankind”, “humanity”, or “human-ness”. Prometheus did not “love” the proto-humans individually, because at that mythical point in time individuality did not yet exist—that requires culture. What he evidently “loved”, therefore, was their human potential—what they could accomplish and become with “fire” and “blind hope”. The two gifts in effect completed the creation of humankind as a distinctly civilized animal. 'Philanthropia'—loving what it is to be human—was thought to be the key to civilization.[1]

The Greeks adopted the “love of humanity” as an educational ideal, whose goal was excellence (areté)—the fullest development of body, mind and spirit, which is the essence of liberal education. The Platonic Academy's philosophical dictionary defined Philanthropia as: “A state of well-educated habits stemming from love of humanity. A state of being productive of benefit to humans.” Philanthropia was later translated by the Romans into Latin as, simply, humanitas—humane-ness. And because Prometheus’ human-empowering gifts rebelled against Zeus’ tyranny, philanthropia was also associated with freedom and democracy. Both Socrates and the laws of Athens were described as “philanthropic and democratic”—a common expression, the idea being that philanthropic humans are reliably capable of self-government.

Putting all this together in modern terms, there are four relatively authoritative definitions of “philanthropy” that come close to the Classical concept: John W. Gardner’s “private initiatives for the public good”; Robert Payton’s “voluntary action for the public good”; Lester Salamon’s “the private giving of time or valuables…for public purposes” and Robert Bremner’s “the aim of philanthropy…is improvement in the quality of human life”. Combining these to connect modern philanthropy with its entire previous history, “philanthropy” may best be defined as, “private initiatives for public good, focusing on quality of life.”

This distinguishes it from government (public initiatives for public good) and business (private initiatives for private good). Omitting the definite article “the” with “public good” avoids the dubious assumption that there is ever a single, knowable public good, and in any case people rarely if ever agree on what that might be; rather, this definition merely says that the benefactor intends a “public” rather than an exclusively “private” good or benefit. The inclusion of “quality of life” ensures the strong humanistic emphasis of the Promethean archetype.

The Classical view of philanthropy disappeared in the Middle Ages, was rediscovered and revived with the Renaissance, and came into the English language in the early 17th century. Sir Francis Bacon in 1592 wrote in a letter that his “vast contemplative ends” expressed his “philanthropia”, and his 1608 essay On Goodness defined his subject as “the affecting of the weale of men... what the Grecians call philanthropia.” Henry Cockeram, in his English dictionary (1623), cited “philanthropie” as a synonym for “humanitie” (in Latin, humanitas) — thus reaffirming the Classical formulation.