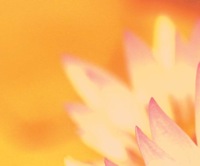 Spiritual evolution is the philosophical, theological, esoteric or spiritual idea that nature and human beings and/or human culture evolve along a predetermined cosmological pattern or ascent, or in accordance with certain pre-determined potentials.

This predeterminism of evolution concept is also complemented by the idea of a creative impulse in human beings, known as epigenesis.

Within this broad definition, theories of spiritual evolution are very diverse. They may be cosmological (describing existence at large), personal (describing the development of the individual), or both. They can be holistic (holding that higher realities emerge from and are not reducible to the lower), idealist (holding that reality is primarily mental or spiritual) or nondual (holding that there is no ultimate distinction between mental and physical reality). All of them can be considered to be teleological to a greater or lesser degree.

Arthur M. Young and Edward Haskell have each independently incorporated the findings of science into a larger theory of spiritual evolution, and extended the traditional human, animal, vegetable, and mineral categories with kingdoms representing photons, atoms and molecules. Arthur M. Young goes further in considering the human state as a subset of a larger kingdom of "Dominion", of which the sixth stage is represented for example by Christ and Buddha, and the seventh (final) stage an even higher level of Enlightenment or God-realisation. Moreover, both Haskell and Young present profound accounts of evolution through these kingdoms in terms of cybernetic principles. A more "mainstream" scientific presentation of this same idea is provided by Erich Jantsch in his consummate account of how self-organising systems evolve and develop as a series of "symmetry breaks" through the sequence of matter, life, and mind. Although abiding strictly by the understanding of science, Jantsch arranges the various elements of cosmic, planetary, biological, psychological, and human evolution in a single overall framework of emergent evolution that may or may not be considered teleological.

New Age thought is strongly syncretic and based on a superficial but creative interpretation of previous spiritual and esoteric traditions, especially Eastern thought, Theosophy, and popular (mis)interpretations of science. A common theme is the evolution or the transcendence of the human or collective planetary consciousness in a higher state or higher "vibratory" (a metaphor taken from G. I. Gurdjieff) level.

Representative of New Age thought, David Spangler]'s communications speak of a "New Heaven and a new Earth", while Christopher Hills refers (perhaps influenced by Sri Aurobindo) to the divinization of man.

Jonathan Livingston Seagull narrated the idea of evolution in a fascinating fashion. James Redfield in his novel The Celestine Prophecy suggested that through experiencing a series of personal spiritual insights, humanity is becoming aware of the connection between our evolution and the Divine. More recently in his book God and the Evolving Universe: The Next Step in Personal Evolution (2002) co-written with Michael Murphy, he claims that humanity is on the verge of undergoing a change in consciousness.

An interpretation of social and psychological development that could also be considered a theory of spiritual evolution is spiral dynamics, based on the work of Clare W. Graves.

More recently the concept of spiritual evolution has been given a sort of respectability it has not had since the early 19th century through the work of Ken Wilber, in whose writings both the cosmological and the personal dimensions are described. In this integral philosophy (inspired in part by the works of Plotinus, Hegel, Sri Aurobindo, Eric Jantsch, and many others) reality is said to consist of several realms or stages, including more than one of the following: the physical, the vital, the psychic, (after the Greek psyche, "soul"), the causal (referring to "that which causes, or gives rise to, the manifest world"), and the ultimate (or non-dual), through which the individual progressively evolves. Although this schema is derived in large part from Tibetan Buddhism, Wilber argues (and uses many tables of diagrams to show) that these same levels of being are common to all wisdom teachings. Described simplistically, Wilber sees humans developing through several stages, including magic, mythic, pluralistic, and holistic mentalities. But he also sees cultures as developing through these stages. And, much like Hegel, he sees this development of individuals and cultures as the evolution of existence itself. Wilber has also teamed up with Don Beck to integrate Spiral Dynamics into his own Integral philosophy, and vice versa.[1]