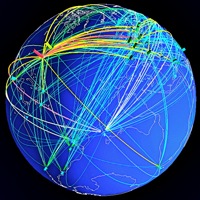 Middle French trafique, from Old Italian traffico, from trafficare to trade in coastal waters. Traffic in English is taken from the Arabic word taraffaqa, which means to walk along slowly together.

b : the business of bartering or buying and selling
c : illegal or disreputable usually commercial activity <the drug traffic>

b : the information or signals transmitted over a communications system : messages

b : the business of transporting passengers or freight

Traffic on roads may consist of pedestrians, ridden or herded animals, vehicles, streetcars and other conveyances, either singly or together, while using the public way for purposes of travel. Traffic laws are the laws which govern traffic and regulate vehicles, while rules of the road are both the laws and the informal rules that may have developed over time to facilitate the orderly and timely flow of traffic.

Traffic is formally organized in many jurisdictions, with marked lanes, junctions, intersections, interchanges, traffic signals, or signs. Traffic is often classified by type: heavy motor vehicle (e.g., car, truck); other vehicle (e.g., moped, bicycle); and pedestrian. Different classes may share speed limits and easement, or may be segregated. Some jurisdictions may have very detailed and complex rules of the road while others rely more on drivers' common sense and willingness to cooperate.

Organization typically produces a better combination of travel safety and efficiency. Events which disrupt the flow and may cause traffic to degenerate into a disorganized mess include: road construction, collisions and debris in the roadway. On particularly busy freeways, a minor disruption may persist in a phenomenon known as traffic waves. A complete breakdown of organization may result in traffic jams and gridlock. Simulations of organized traffic frequently involve queuing theory, stochastic processes and equations of mathematical physics applied to traffic flow.