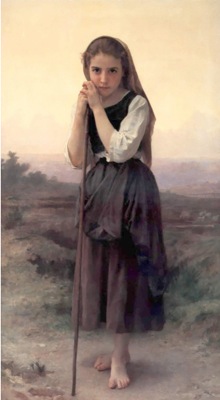 Value theory investigates how people positively and negatively value things and concepts, the reasons they use in making their evaluations, and the scope of applications of legitimate evaluations across the social world. When put into practice, these views are meant to explain our views of the good.

At the general level, there is a difference between moral and natural goods. Moral goods are those that have to do with the conduct of persons, usually leading to praise or blame. Natural goods, on the other hand, have to do with objects, not persons. For example, to say that "Mary is a morally good person" might involve a different sense of "good" than that in the sentence "A banana split is good."

In psychology, value theory refers to the study of the manner in which human beings develop, assert and believe in certain values, and act or fail to act on them.

Attempts are made to explain experimentally why human beings prefer or choose some things over others, how personal behavior may be guided (or fail to be guided) by certain values and judgments, and how values emerge at different stages of human development (see e.g. the work by Lawrence Kohlberg and Kohlberg's stages of moral development.)

In psychotherapy and counseling, eliciting and clarifying the values of the patient can play an important role to help him/her orient or reorient himself or herself in social life.

In sociology, value theory is concerned with personal values which are popularly held by a community, and how those values might change under particular conditions. Different groups of people may hold or prioritize different kinds of values influencing social behavior.

Methods of study range from questionnaire surveys to participant observation.

Economic analysis emphasizes goods sought in a market and tends to use the consumer's choices as evidence (revealed preference) that various products are of value. In this view, religious or political struggle over what "goods" are available in the marketplace is inevitable, and consensus on some core questions about body, society, and ecosystems affected by the transaction, are outside the market's goods so long as they are unowned.

However, some natural goods seem to also be moral goods. For example, those things that are owned by a person may be said to be natural goods, but over which a particular individual(s) may have moral claims. So it is necessary to make another distinction: between moral and non-moral goods. A non-moral good is something that is desirable for someone or other; despite the name to the contrary, it may include moral goods. A moral good is anything which an actor is considered to be morally obligated to strive toward.

When discussing non-moral goods, one may make a useful distinction between inherently serviced and material goods in the marketplace (or its exchange value), versus perceived intrinsic and experiential goods to the buyer. A strict service economy model takes pains to distinguish between the goods and service guarantees to the market, and that of the service and experience to the consumer.

Sometimes, moral and natural goods can conflict. The value of natural "goods" is challenged by such issues as addiction. The issue of addiction also brings up the distinction between economic and moral goods, where an economic good is whatever stimulates economic growth. For instance, some claim that cigarettes are a "good" in the economic sense, as their production can employ tobacco growers and doctors who treat lung cancer. Many people[who?] would agree that cigarette smoking is not morally "good", nor naturally "good," but still recognize that it is economically good, which means, it has exchange value, even though it may have a negative public good or even be bad for a person's body (not the same as "bad for the person" necessarily - consider the issue of suicide.) Most economists, however, consider policies which create make-work jobs to have a poor foundation economically.

In Ecological Economics value theory is separated into two types: Donor-type value and receiver-type value. Ecological economists tend to believe that 'real wealth' needs a donor-determined value as a measure of what things were needed to make an item or generate a service. (H.T. Odum 1996). An example of receiver-type value is 'market value', or 'willingness to pay', the principal method of accounting used in neo-classical economics. In contrast both, Marx's Labour Theory of Value and the 'Emergy' concept are conceived as donor-type value. Emergy theorists believe that this conception of value has relevance to all of philosophy, economics, sociology and psychology as well as Environmental Science.

Intuitively, theories of value must be important to ethics. A number of useful distinctions have been made by philosophers in the treatment of value.

Intrinsic and instrumental goods are not mutually exclusive categories. Some things are both good in themselves, and also good for getting other things that are good. "Understanding science" may be such a good, being both worthwhile in and of itself, and as a means of achieving other goods.

A prominent argument in environmental ethics, made by writers like Aldo Leopold and Holmes Rolston III, is that wild nature and healthy ecosystems have intrinsic value, prior to and apart from their instrumental value as resources for humans, and should therefore be preserved.

John Dewey (1859-1952) in his book Theory of Valuation saw goodness as the outcome of ethic valuation, a continuous balancing of "ends in view." An end in view was said to be an objective potentially adopted, which may be refined or rejected based on its consistency with other objectives or as a means to objectives already held, roughly similar to an object with relative intrinsic value.

His empirical approach had absolute intrinsic value denial, not accepting intrinsic value as an inherent or enduring property of things. He saw it as an illusory product of our continuous valuing activity as purposive beings. When held across only some contexts, Dewey held that goods are only intrinsic relative to a situation. When across all contexts, goodness is best understood as instrumental, with no contrasting intrinsic goodness. In other words, Dewey claimed that anything can only be of intrinsic value if it is a contributory good.

Another improvement is to distinguish contributory goods with a contributory conditionality. These have the same qualities as the good thing, but need some emergent property of a whole state-of-affairs in order to be good. For example, salt is food on its own, and good as such, but is far better as part of a prepared meal. Providing a good outside this context is not delivery of what is expected. In other words, such goods are only good when certain conditions are met. This is in contrast to other goods, which may be considered "good" in a wider variety of situations.

The thinking of Immanuel Kant (1724-1804) greatly influenced moral philosophy. He thought of moral value as a unique and universally identifiable property, as an absolute value rather than a relative value. He showed that many practical goods are good only in states-of-affairs described by a sentence containing an "if" clause. For example, in the sentence, "Sunshine is only good if you do not live in the desert". Further, the "if" clause often described the category in which the judgment was made (art, science, etc.). Kant described these as "hypothetical goods", and tried to find a "categorical" good that would operate across all categories of judgment without depending on an "if-then" clause.

An influential result of Kant's search was the idea of a "good will" as being the only intrinsic good. Moreover, Kant saw a good will as acting in accordance with a moral command, the "Categorical Imperative:" "Act according to those maxims that you could will to be universal law." From this, and a few other axioms, Kant developed a moral system that would apply to any "praiseworthy person." (See Groundwork of the Metaphysic of Morals, third section, 446-[447].)

Kantian philosophers believe that any general definition of goodness must define goods that are categorical in the sense that Kant intended.