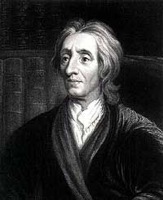 b archaic : of or befitting a man of free birth

b : given or provided in a generous and openhanded way
c : ample, full

Liberalism (from the Latin liberalis, "of freedom") is the belief in the importance of liberty and equality. Liberals espouse a wide array of views depending on their understanding of these principles, but most liberals support such fundamental ideas as constitutions, liberal democracy, free and fair elections, human rights, free trade, secularism, and the market economy. These ideas are often accepted even among political groups that do not openly profess a liberal ideological orientation. Liberalism encompasses several intellectual trends and traditions, but the dominant variants are classical liberalism, which became popular in the 18th century, and social liberalism, which became popular in the 20th century.

Liberalism first became a powerful force in the Age of Enlightenment, rejecting several foundational assumptions that dominated most earlier theories of government, such as hereditary status, established religion, absolute monarchy, and the Divine Right of Kings. The early liberal thinker John Locke, who is often credited for the creation of liberalism as a distinct philosophical tradition, employed the concept of natural rights and the social contract to argue that the rule of law should replace absolutism in government, that rulers were subject to the consent of the governed, and that private individuals had a fundamental right to life, liberty, and property.

The revolutionaries in the American Revolution and the French Revolution used liberal philosophy to justify the violent overthrow of tyrannical rule, paving the way for the development of modern history in tandem with liberal history. The 19th century saw liberal governments established in nations across Europe, Latin America, and North America. Liberal power increased even further in the 20th century, when liberal democracies triumphed in two world wars and survived major ideological challenges from fascism and communism.

Conservatism and fundamentalism, however, remain powerful opponents of liberalism. Today, liberals are organized politically on all major continents. They have played a decisive role in the growth of republics, the spread of civil rights and civil liberties, the establishment of the modern welfare state, the institution of religious toleration and religious freedom, and the development of globalization. To highlight the importance of liberalism in modern life, political scientist Alan Wolfe claimed that "liberalism is the answer for which modernity is the question"[1]