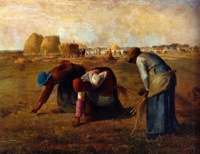 originally after German Realismus (1781 in Kant; 1798 with reference to literature)

b : a theory that objects of sense perception or cognition exist independently of the mind — compare nominalism

Realism, Realist or Realistic are terms that describe any manifestation of philosophical realism, the belief that reality exists independently of observers, whether in philosophy itself or in the applied arts and sciences. In this broad sense it is frequently contrasted with Idealism.

Realism in the arts concerns the depiction of subjects as they appear in everyday life. Political realism is a dominant school of thinking within the international relations discipline that prioritizes national interest and security over ideology, moral concerns and social reconstructions. In ethics moral realism takes the view that there are objective moral values. Scientific realism is the view that the world described by science is the real world and Mathematical realism a branch of philosophy of mathematics.[1]