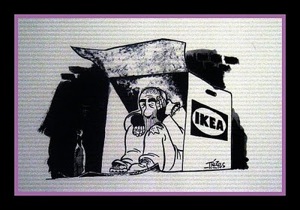 In Late Antiquity and most of the Middle Ages, what we now call serfs were usually designated in Latin as coloni (sing. colonus). As slavery gradually disappeared and the legal status of these servi became nearly identical to that of coloni, the term changed meaning into our modern concept of "serf". This meaning fell out of use by the 1700s, but the current meaning was first used in 1611. The term "serfdom" was coined in 1850.

Serfdom is the socio-economic status of unfree peasants under feudalism, and specifically relates to Manorialism. It was a condition of bondage or modified slavery which developed primarily during the High Middle Ages in Europe. Serfdom was the enforced labour of serfs on the fields of landowners, in return for protection and the right to work on their leased fields.

Serfdom involved not only work in fields, but also various other activities, like forestry, mining, transportation (both land and river-based), and crafts. Manors formed the basic unit of society during this period, and the lord and his serfs were bound legally, economically, and socially. Serfs were labourers who were bound to the land; they formed the lowest social class of the feudal society. Serfs were also defined as people in whose labour landowners held property rights. Before the 1861 abolition of serfdom in Russia, a landowner's estate was often measured by the number of "souls" he owned. Feudalism in Europe evolved from agricultural slavery in the late Roman Empire and spread through Europe around the 10th century; it flourished in Europe during the Middle Ages but lasted until the 19th century in some countries. The Black Death broke the established social order and weakened serfdom. For example, serfdom was de facto ended in France by Philip IV, Louis X (1315), and Philip V (1318).[1][2] With the exception of a few isolated cases, serfdom had ceased to exist in France by the 15th century. In Early Modern France, French nobles nevertheless maintained a great number of seigneurial privileges over the free peasants that worked lands under their control. Serfdom was formally abolished in France in 1789.[3]

After the Renaissance, serfdom became increasingly rare in most of Western Europe but grew strong in Central and Eastern Europe, where it had previously been less common (this phenomenon was known as "later serfdom"). In England, the end of serfdom began with Tyler’s Rebellion and was fully ended when Elizabeth I freed the last remaining serfs in 1574. There were native-born Scottish serfs until 1799, when coal miners previously kept in serfdom gained emancipation. However, most Scottish serfs had been freed before this time. In Eastern Europe the institution persisted until the mid-19th century. It persisted in Austria-Hungary till 1848 and was abolished in Russia in 1861. In Finland, Norway and Sweden feudalism was not established, and serfdom did not exist. But serfdom-like institutions did exist in both Denmark (the stavnsbånd, from 1733 to 1788) and its colony Iceland (the much more restrictive vistarband, from 1490 until the late 1800s).

According to the census of 1857 the number of private serfs in Russia was 23.1 million.

Feudalism, according to Joseph R. Strayer, can be applied to the societies of Iran, ancient Mesopotamia, Egypt (Sixth to Twelfth dynasty), Muslim India, China (Zhou Dynasty, and end of Han Dynasty) and Japan during the Shogunate. James Lee and Cameron Campbell describe the Chinese Qing Dynasty (1644–1912) as also maintaining a form of serfdom. According to Pierre Bonnassie, feudalism could also be seen in Spain. Although serfdom is believed to exist in all these regions, it was not uniform throughout them. Tibet is described by Melvyn Goldstein[7][8] to have had serfdom until 1959, but whether or not the Tibetan form of peasant tenancy qualified as serfdom was widespread is contested. Bhutan is described by Tashi Wangchuk, a Bhutanese civil servant, as abolishing serfdom officially by 1959, but Wangchuk believes less than or about 10% of poor peasants were in copyhold situations.[1]