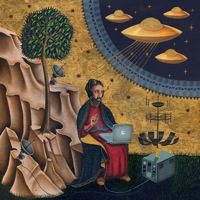 b : a subpoena to appear as a witness

Legally, a summons (also known in England and Wales as a claim form) is a legal document issued by a court (a judicial summons) or by an administrative agency of government (an administrative summons) for various purposes.

A judicial summons is addressed to a defendant in a legal proceeding. Typically, the summons will announce to the person to whom it is directed that a legal proceeding has been started against that person, and that a case has been initiated in the issuing court. In some jurisdictions it may be drafted in dense legal jargon, while several U.S. states expressly require summonses to be drafted in plain English and that they must start with this phrase: "Notice! You have been sued."

The summons announces a date by which the defendant(s) must either appear in court, or respond in writing to the court or the opposing party or parties. The summons is the descendant of the writ of the common law. It replaces the former procedure at common law by which the plaintiff actually had to ask the sheriff to arrest the defendant in order for the court to obtain personal jurisdiction in both criminal and civil actions.

One example of an administrative summons is found in the tax law of the United States. The Internal Revenue Code authorizes the U.S. Internal Revenue Service (IRS) to issue a summons for a taxpayer—or any person having custody of books of account relating to a business of a taxpayer—to appear before the U.S. Secretary of the Treasury or his delegate (generally, this means the IRS employee who issued the summons) at the time and place named in the summons. The person summoned may be required to produce books, papers, records, or other data, and to give testimony under oath before an IRS employee.

The IRS is also empowered to issue the section 7602 summons for the purpose of "inquiring into any offense connected with the administration or enforcement of the internal revenue laws."

The summons may be enforced by a court order, and the law provides a criminal penalty of up to one year in prison or a fine, or both, for failure to obey the summons, except that the person summoned may, to the extent applicable, assert a privilege against self incrimination or other evidentiary privileges, if applicable.