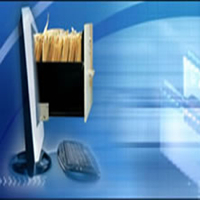 Colloquial usage is revealed by the connotations and denotations that appear in a Web search for document. From these usages, one can infer the following typical connotations:

The variety usage reveals that the notion of document has rich social and cultural aspects besides the physical, functional and operational aspects.

There are a number of roles in which people are involved in the creation and distribution of traditional paper documents (Romano, 1989); some, but not all documents are processed by people acting in each role, each of which may be performed by an individual or a group. Books are a well known example of documents that require an extensive publication process, but many other documents undergo similar processes to at least some of those from book publication. Each of these roles is considered to improve or add value to a document. These roles are generally understood as being clustered in various phases in the production of a classical document, including authorship, editing and prepress. Roles and workflows in the production of modern digital documents are more variable and are discussed in the section on future documents.

pagination - function performed by an individual who takes on the tasks of organizing text, fonts, images, headings, footnotes, chapters and sections to accommodate the physical constraints of a printed page aesthetically.
pre-press—function performed by print shops in preparing paper documents for production.
imposition - organizing desired pages on a larger media such that when folded and trimmed the pages will be upright and in order.
printing - marking paper with ink or toner
folding pages into sections
binding pages together and covering
trimming
packaging