From Nordan Symposia
(Redirected from Theologians)
Jump to navigationJump to search 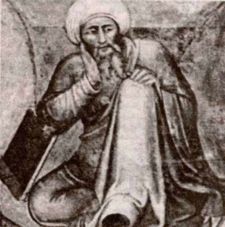 Averroes, like many important Muslims who wrote about God, was a writer on "Kalam". His school of Averroism had a significant influence on Christian theology.

Theology is a term first used by Plato in The Republic (book ii, chap 18). The term is compounded from two Greek words theos (god) and logos (rational utterance). It has been defined as reasoned discourse about God or the gods, or more generally about religion or spirituality.

Theologians use various forms of analysis and argument (philosophical, ethnographic, historical) to help understand, explain, test, critique, defend or promote any of a myriad of religious topics. It might be undertaken to help the theologian

The word 'theology' has classical Greek origins, but was slowly given new senses when it was taken up in both Greek and Latin forms by Christian authors. It is the subsequent history of the term in Christian contexts, particularly in the Latin West, that lies behind most contemporary usage, but the term can now be used to speak of reasoned discourse within and about a variety of different religious traditions.[7] Various aspects both of the process by which the discipline of ‘theology’ emerged in Christianity and the process by which the term was extended to other religions are highly controversial.

History of the term

See the main article on the History of theology, particularly for the history of Jewish, Christian and Islamic theology.

The word theology comes from late middle English (originally applying only to Christianity) from French théologie, from Latin theologia, from Greek: θεολογία, theologia, from θεός, theos or God + λόγος or logos, "words", "sayings," or "discourse" ( + suffix ια, ia, "state of", "property of", "place of"). The Greek word is literally translated as "to talk about God" from Θεός (Theos) which is God and logy which derives from logos, though this raises the question of the meaning of the word "God".[8] The meaning of the word "theologia"/"theology" shifted, however, as it was used (first in Greek and then in Latin) in European Christian thought in the Patristic period, the Middle Ages and Enlightenment, before being taken up more widely.

Theology and religions other than Christianity

In academic theological circles, there is some debate as to whether theology is an activity peculiar to the Christian religion, such that the word 'theology' should be reserved for Christian theology, and other words used to name analogous discourses within other religious traditions.[17] It is seen by some to be a term only appropriate to the study of religions that worship a deity (a theos), and to presuppose belief in the ability to speak and reason about this deity (in logia) - and so to be less appropriate in religious contexts which are organized differently (i.e. religions without a deity, or which deny that such subjects can be studied logically). (Hierology has been proposed as an alternative, more generic term.)

Theology and the Academy

Theology has a significantly problematic position within Academia that is not shared by any other subject. Most universities founded before the modern era grew out of the church schools and monastic institutions of Western Europe during the High Middle Ages (e.g. University of Bologna, Paris University and Oxford University). They were founded to train young men to serve the church in Theology and Law (often Church or Canon law). At such Universities Theological study was incomplete without Theological practice, including preaching, prayer and celebration of the Mass. Ancient Universities still maintain some of these links (e.g. having Chapels and Chaplains) and are more likely to teach Theology than other institutions.

During the High Middle Ages theology was therefore the ultimate subject at universities, being named "The Queen of the Sciences", and serving as the capstone to the Trivium and Quadrivium that young men were expected to study. This meant that the other subjects (including Philosophy) existed primarily to help with theological thought.

With the Enlightenment, universities began to change, teaching a wide range of subjects, especially in Germany, and from a Humanistic perspective. Theology was no longer the principal subject and Universities existed for many purposes, not only to train Clergy for established churches. Theology thus became unusual as the only subject to maintain a confessional basis in otherwise secular establishments. However, this did not lead to the abandonment of theological study.

Eventually, several prominent colleges/universities were started to train Christian ministers in the U.S. Harvard, Georgetown University, Boston College, Yale, Princeton, and Brown University all began in order to train preachers in Bible and theology. However, now some of these universities teach theology as a more academic than ministerial discipline.

With the rise of Christian education, renowned seminaries and Bible colleges have continued the original purpose of these universities. Chicago Theological Union, Graduate Theological Union in Berkeley, Creighton University Omaha, University of Notre Dame in South Bend IN, University of San Francisco, Criswell College in Dallas, Southern Seminary in Louisville, Trinity Evangelical Divinity School in Deerfield, Wheaton College and Graduate School in Wheaton, Dallas Theological Seminary in Dallas, London School of Theology, as well as many others have influenced higher education in theology in philosophy to this day.

Theology is generally distinguished from other established academic disciplines that cover similar subject material (such as intellectual history or philosophy). Much of the debate concerning theology's place in the university or within a general higher education curriculum centers on whether theology's methods are appropriately theoretical and (broadly speaking) scientific or, on the other hand, whether theology requires a pre-commitment of faith by its practicioners.

While theology often interacts with and draws upon the following, it is generally differentiated from:

All of these normally involve studying the historical or contemporary practices or ideas of one or several religious traditions using intellectual tools and frameworks which are not themselves specifically tied to any religious tradition, but are (normally) understood to be neutral or secular.

Even when it is distinguished from these other disciplines, however, some hold that the very idea of an academic discipline called theology, housed in institutions like Universities, is an inherently secular, Western notion.[20] Noting that 'reasoned discourse about religion/God' is an idea with a very particular intellectual pedigree, with at least some roots in Graeco-Roman intellectual culture, they argue that this idea actually brings with it deep assumptions which we can now see to be related to ideas underlying 'secularism': i.e., the whole idea of reasoned discourse about God/religion suggests the possibility of a common intellectual framework or set of tools for investigating, comparing and evaluating traditions - an idea with a strong affinity for a 'secular' world view in which religions are seen as particular choices, set within an overarching religiously neutral public sphere. They argue that even those who pursue this discourse as a way of deepening their commitment to and expertise in their own tradition, perhaps even so as to become promoters and propagators of it, often do so in a way which underlines this same 'secular' atmosphere - by assuming the communicability of their religious views (as explored and explained by theological discourse) within a neutral intellectual market-place.

In Europe, the traditional places for the study of theology have been universities and seminaries. Typically the Protestant state churches have trained their clergy in universities while the Roman Catholic church has used seminaries as well as universities for both the clergy and the laity. However, the secularization of European states has closed down the theological faculties in many countries while the Catholic church has increased the academical level of its priests by founding a number of pontifical universities.

In some countries, some state-funded Universities have theology Departments (sometimes, but not always, Universities with a medieval or early-modern pedigree), which can have a variety of formal relationships to Christian churches, or to institutions within other religious traditions. These range from Departments of Theology which have only informal or ad-hoc links to religious institutions (see, for instance, several Theology departments in the UK) to countries like Finland and Sweden, which have state universities with faculties of theology training Lutheran priests as well as teachers and scholars of religion - although students from the latter faculties can also go on to typical graduate careers such as marketing, business or administration, even if this is frowned upon by some.