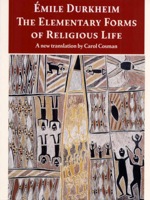 According to one common typology among sociologists, religious groups are classified as ecclesias, denominations, cults or sects. Note that sociologists give these words precise definitions which are different from how they are commonly used. Particularly the words 'cult' and 'sect' are used free from negative connotations by sociologists, even though the popular use of these words is often pejorative.

The classical, seminal sociological theorists of the late 19th and early 20th century were greatly interested in religion and its effects on society. These theorists include Émile Durkheim, Max Weber, and Karl Marx. Like Plato and Aristotle from Ancient Greece, and enlightenment philosophers from the 17th through 19th centuries, the ideas posited by these sociologists continue to be addressed today. More recent prominent sociologists of religion include Peter Berger, Robert N. Bellah, Thomas Luckmann, Rodney Stark, Robert Wuthnow, Christian Smith, and Bryan R. Wilson.

Despite the claims of many classical theorists and sociologists immediately after World War II, religion has continued to play a vital role in the lives of individuals worldwide. In Africa, the emergence of Christianity has occurred at a startling rate. While Africa could claim roughly 10 million Christians in 1900, recent estimates put that number closer to 200 million. The rise of Islam as a major world religion, especially its new-found influence in the West, is another significant development. In short, presupposed secularization (the decline of religiosity) might seem to be a myth, depending on its definition and the definition of its scope. For instance, some sociologists have argued that steady church attendance and personal religious belief may coexist with a decline in the influence of religious authorities on social or political issues.

A major issue in the sociology of religion is its power to predict social trends. Many sociologists predicted a rise in religiosity when cultural and philosophical figures were claiming "God is dead." Of course, many in each group also disagreed. Other examples include:

Among many other predictive endeavors, sociologists of religion (notably Robert Wuthnow) are currently attempting to predict the success of U.S. federal funding of faith-based charities.

The view of religion in classical sociology

Durkheim, Marx, and Weber had very complex and developed theories about the nature and effects of religion. Durkheim and Weber specifically are often difficult to understand, especially in light of the lack of context and examples in their primary texts. Religion was considered to be an extremely important social variable in the work of all three:

Despite his later influence, Karl Marx did not view his work as an ethical or ideological response to nineteenth-century capitalism (as most later commentators have). His efforts were, in his mind, based solely on what can be called applied science. Marx saw himself as doing morally-neutral sociology and economic theory for the sake of human development. As Christiano states, "Marx did not believe in science for science’s sake…he believed that he was also advancing a theory that would…be a useful tool…[in] effecting a revolutionary upheaval of the capitalist system in favor of socialism." (124) As such, the crux of his arguments was that humans are best guided by reason. Religion, Marx held, was a significant hindrance to reason, inherently masking the truth and misguiding followers. As we will later see, Marx viewed social alienation as the heart of social inequality. The antithesis to this alienation is freedom. Thus, to propagate freedom means to present individuals with the truth and give them a choice to accept or deny it. In this, "Marx never suggested that religion ought to be prohibited."

Central to Marx's theories was the oppressive economic situation in which he dwelt. With the rise of European industrialism, Marx and his colleague Friedrich Engels witnessed and responded to the growth of what he called "surplus value." Marx’s view of capitalism saw rich capitalists getting richer and their workers getting poorer (the gap, the exploitation, was the "surplus value"). Not only were workers getting exploited, but in the process they were being further detached from the products they helped create. By simply selling their work for wages, "workers simultaneously lose connection with the object of labor and become objects themselves. Workers are devalued to the level of a commodity – a thing…" (Ibid 125) From this objectification comes alienation. The common worker is told he or she is a replaceable tool, alienated to the point of extreme discontent. Here, in Marx’s eyes, religion enters.

Émile Durkheim placed himself in the positivist tradition, meaning that he thought of his study of society as dispassionate and scientific. He was deeply interested in the problem of what held complex modern societies together. Religion, he argued, was an expression of social cohesion.

In the fieldwork that led to his famous Elementary Forms of Religious Life, Durkheim, a secular Frenchman, spent fifteen years studying primitive religion among the Indigenous Australians. His underlying interest was to understand the basic forms of religious life for all societies. In Elementary Forms, Durkheim argues that the totems the aborigines venerate are actually expressions of their own conceptions of society itself. This is true not only for the aborigines, he argues, but for all societies.

Religion, for Durkheim, is not "imaginary," although he does deprive it of what many believers find essential. Religion is very real; it is an expression of society itself, and indeed, there is no society that does not have religion. We perceive as individuals a force greater than ourselves, which is our social life, and give that perception a supernatural face. We then express ourselves religiously in groups, which for Durkheim makes the symbolic power greater. Religion is an expression of our collective consciousness, which is the fusion of all of our individual consciousnesses, which then creates a reality of its own.

Durkheim's definition of religion, from Elementary Forms, is as follows:

(Marx, introduction) This is a functional definition of religion, meaning that it explains what religion does in social life: essentially, it unites societies. Durkheim defined religion as a clear distinction between the sacred and the profane, in effect this can be paralleled with the distinction between God and humans.

This definition also does not stipulate what exactly may be considered sacred. Thus later sociologists of religion (notably Robert Bellah) have extended Durkheimian insights to talk about notions of civil religion, or the religion of a state. American civil religion, for example, might be said to have its own set of sacred "things": the Flag of the United States, Abraham Lincoln, Martin Luther King Jr., etc. Other sociologists have taken Durkheim in the direction of the religion of professional sports, the military, or of rock music.

Max Weber differed from Karl Marx and Emile Durkheim in that he focused his work on the effects of religious action and inaction. Instead of discussing religion as a kind of misapprehension (an "opiate of the people,") or as social cohesion, Weber did not attempt to reduce religion to its essence. Instead, he examines how religious ideas and groups interacted with other aspects of social life (notably the economy). In doing so, Weber often attempts to get at religion's subjective meaning to the individual.

In his sociology, Weber uses the German term "Verstehen" to describe his method of interpretation of the intention and context of human action. Weber is not a positivist – in the sense that he does not believe we can find out "facts" in sociology that can be causally linked. Although he believes some generalized statements about social life can be made, he is not interested in hard positivist claims, but instead in linkages and sequences, in historical narratives and particular cases.

Weber argues for making sense of religious action on its own terms. A religious group or individual is influenced by all kinds of things, he says, but if they claim to be acting in the name of religion, we should attempt to understand their perspective on religious grounds first. Weber gives religion credit for shaping a person's image of the world, and this image of the world can affect their view of their interests, and ultimately how they decide to take action.

For Weber, religion is best understood as it responds to the human need for theodicy and soteriology. Human beings are troubled, he says, with the question of theodicy – the question of how the extraordinary power of a divine god may be reconciled with the imperfection of the world that he has created and rules over. People need to know, for example, why there is undeserved good fortune and suffering in the world. Religion offers people soteriological answers, or answers that provide opportunities for salvation – relief from suffering, and reassuring meaning. The pursuit of salvation, like the pursuit of wealth, becomes a part of human motivation.

Because religion helps to define motivation, Weber believed that religion (and specifically Protestant Calvinism) actually helped to give rise to modern capitalism, as he asserted in his most famous and controversial work, The Protestant Ethic and the Spirit of Capitalism.

In The Protestant Ethic, Weber argues that capitalism arose in Europe in part because of how the belief in predestination was interpreted by everyday English Puritans. Puritan theology was based on the Calvinist notion that not everyone would be saved; there was only a specific number of the elect who would avoid damnation, and this was based sheerly on God's predetermined will and not on any action you could perform in this life. Official doctrine held that one could not ever really know whether one was among the elect.

Practically, Weber noted, this was difficult psychologically: people were (understandably) anxious to know whether they would be eternally damned or not. Thus Puritan leaders began assuring members that if they began doing well financially in their businesses, this would be one unofficial sign they had God's approval and were among the saved – but only if they used the fruits of their labor well. This led to the development of rational bookkeeping and the calculated pursuit of financial success beyond what one needed simply to live – and this is the "spirit of capitalism." Over time, the habits associated with the spirit of capitalism lost their religious significance, and rational pursuit of profit became its own aim.

The Protestant Ethic thesis has been much critiqued, refined, and disputed, but is still a lively source of theoretical debate in sociology of religion. Weber also did considerable work in world religions, including Hinduism and Buddhism.