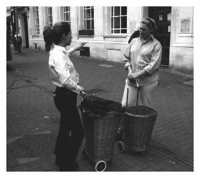 French or Latin; French, from Latin contactus, from contingere to have contact with — more at contingent

b : the apparent touching or mutual tangency of the limbs of two celestial bodies or of the disk of one body with the shadow of another during an eclipse, transit, or occultation
c (1) : the junction of two electrical conductors through which a current passes (2) : a special part made for such a junction

b : connection, communication
c : an establishing of communication with someone or an observing or receiving of a significant signal from a person or object <radar contact with Mars>

Social contacts are people who, in exchange for money, goods, services, or simply loyalty, will help an individual achieve personal goals.

Social contacts (or simply "contacts") may be illicit or legitimate, and their services can include favors such as securing employment for an individual, defusing a difficult situation with their personal influence, selling, storing, or transporting illegal drugs, or any number of other achievements.

The difference between an individual referred to as a contact and a friend who helps you is twofold: first, a contact assists an individual generally by means of coercion, intimidation, and other illegal or socially frowned-upon means, and secondly because generally a contact is not a personal friend (although they can be), but is simply an individual open to transactions of their influence for something in return (often referred to colloquially as "pulling strings"). Anyone may be a contact, although the most effective contacts are persons of high social stature, such as politicians or company CEOs.

While no official network of contacts exists, many people do know some contacts that they can call upon for occasional favors.