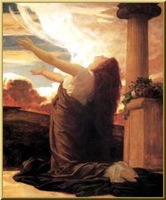 In spirituality, channelling (Brit.) or channeling (Am.) is the belief that communication of information occurs by or through a person (the channel or medium), from a spirit or other paranormal entity outside the mind (or self) of the channel. Channeling is part of the belief systems and rituals of religions, such as Candomblé, Voodoo, Kardecism, and Umbanda.

Channelers claim to have channeled ascended masters like Buddha, Jesus, or St. Germain; people who have died; angels; higher dimensional beings; and extraterrestrials of a spiritual or more evolved nature; and God. Channeling is a popular source of revealed teachings in some New Age groups. Often, the term channeling is used interchangeably with the more traditional term of mediumship.

"Mediumship" denotes the ability of a person (the medium) to experience what they or others believe is contact with spirits of the dead, angels, demons or other immaterial entities. The role of the medium is to attempt to facilitate communication with spirits who have messages to share with non-mediums.

Mediums claim the abilities to listen to and relate conversations with spirit voices; go into a trance and speak without knowledge of what is being said; allow a spirit to control their body and speak through it; relay messages from the spirits to those who wish to contact them with the help of a physical tool, such as a writing instrument.

Mediumship is also part of the belief system of some New Age groups. In this context, and under the name channelling, it refers to a medium who claims to receive messages from a "teaching-spirit". In some cultures, mediums (or the spirits they claim are working with them) claim to be able to produce physical paranormal phenomena such as materialisations of spirits, apports of objects, or levitation.[2][3]

Attempts to communicate with the dead and other spirits have been documented back to early human history. One of the most well-known is the story Witch of Endor, who was said to have raised the spirit of the deceased prophet Samuel to allow the Hebrew king Saul to question his former mentor about an upcoming battle, as related in the First book of Samuel in the Jewish Tanakh (the Old Testament).

Mediumship became quite popular in the United States after the rise of Spiritualism as a religious movement. Modern Spiritualism is said to date to the mediumistic activities of the Fox sisters in New York state 1848. The trance mediums Paschal Beverly Randolph and Emma Hardinge Britten were among the most celebrated lecturers and authors on the subject in the mid 1800s. Mediumship was also described by Allan Kardec, who coined the term Spiritism, around 1860 [4].

After the exposure of the fraudulent use of stage magic tricks by physical mediums such as the Davenport Brothers, mediumship fell into disrepute, although it never ceased being used by people who believed that the dead can be contacted.From the 1930s through the 1990s, as psychical mediumship became less practiced in Spiritualist churches, the technique of channelling gained in popularity, and books by channellers who claimed to relate the wisdom of non-corporeal and non-terrestrial teacher-spirits became best-sellers amongst believers.

The relationship between the medium and the guide may be providential, or it may be based on family ties. In 1958, the English-born Spiritualist C. Dorreen Phillips wrote of her experiences with a medium at Camp Chesterfield, Indiana: "In Rev. James Laughton's seances there are many Indians. They are very noisy and appear to have great power. [...] The little guides, or doorkeepers, are usually Indian boys and girls [who act] as messengers who help to locate the spirit friends who wish to speak with you." [5] Then, describing the mediumship of Rev. Lillian Dee Johnson of Saint Petersburg, Florida, she noted, "Mandy Lou is Rev. Johnson's guide. [..] She was, on earth, a slave to Rev. Johnson's grandmother." [5]

A spirit who uses a medium to manipulate energy or energy systems.

In old-line Spiritualism, a portion of the services, generally toward the end, is given over to the pastor, or another medium, who receives messages from the spirit world for the congregants. This may be referred to as a "demonstration of mediumship." A typical example of this older way of describing a mediumistic church service is found in the 1958 autobiography of C. Dorreen Phillips. She writes of the worship services at the Spiritualist Camp Chesterfield in Chesterfield, Indiana: "Services are held each afternoon, consisting of hymns, a lecture on philosophy, and demonstrations of mediumship." [5]

Today "demonstration of mediumship" is part of the church service at all churches affiliated with the National Spiritualist Association of Churches 'NSAC'. Demonstration links to Declaration of Principal #9. 'We affirm that the precepts of Prophecy and Healing are Divine attributes proven through Mediumship. '

Mental mediumship is communication of spirits with a medium by telepathy. The medium mentally "hears", "sees", and/or feels messages from spirits, then, directly or with the help of a spirit guide, passes the information on to the message's recipient(s). When a medium is doing a "reading" for a particular person, that person is known as the "sitter."

Trance mediumship is often seen as a form of mental mediumship. Technology has brought awareness that trance mediums are conscious due to the inability to move about or talk if their minds were in an unconscious state; even a spirit needs the medium's conscious mind to walk about or deliver a message. All trance mediums remain conscious during a communication period, wherein a spirit uses the medium's mind to communicate. The spirit or spirits using the medium's mind influences the mind with the thoughts being conveyed. The medium allows its ego to step aside for the message to be delivered, but has awareness of the thoughts coming through and may even influence the message with its own bias. It cannot be confused with sleepwalking as the patterns are entirely different. Castillo (1995) states that: "Trance phenomena result from the behavior of intense focusing of attention, which is the key psychological mechanism of trance induction. Adaptive responses, including institutionalized forms of trance, are 'tuned' into neural networks in the brain."

In the 1860s and 1870s, trance mediums were very popular. Spiritualism had attracted adherents who had strong interests in social justice, and many trance mediums delivered passionate speeches on abolitionism, temperance, and women's suffrage.[6] Because the typical deep trance medium, the ones who sit or lie down during their sessions, may not have a clear recall of all the messages conveyed while in an altered state, generally work with an assistant who writes down or otherwise records his or her words. A good example of this kind of relationship can be found in the early 20th century collaboration between the trance medium Mrs. Cecil M. Cook of the William T. Stead Memorial Center in Chicago (a religious body incorporated under the statutes of the State of Illinois) and the journalist Lloyd Kenyon Jones, a non-mediumistic Spiritualist who transcribed Cook's messages in shorthand and then edited them for publication in book and pamphlet form.[7]

Physical mediumship is defined as manipulation of energies and energy systems by spirits. Physical mediumship may involve perceptible manifestations such as loud raps and noises, voices, materialized objects, apports, materialized spirit bodies, or body parts such as hands, and levitation. The medium is used as a source of power and substance for such spirit manifestations. This is sometimes said to be accomplished using the energy or ectoplasm released by a medium. [8][9] The last physical medium to be tested by a committee from Scientific American was Mina Crandon in 1924.

There are two main techniques mediumship developed in the latter half of the 20th century. One type involves psychics or sensitives who can speak to spirits and then relay what they hear to their clients. One of the most noted channels of this type is clairvoyant Danielle Egnew, known for her alleged communication with angelic entities. The other incarnation of non-physical mediumship is a form of channeling in which the channeler goes into a trance, or "leaves their body" and then becomes “possessed” by a specific spirit, who then talks through them. [10] In the trance, the medium enters a cataleptic state marked by extreme rigidity. The control spirit then takes over, the voice may change completely and the spirit answers the questions of those in its presence or giving spiritual knowledge. [11] The most successful and widely known channeler of this variety is J. Z. Knight, who claims to channel the spirit of Ramtha, a 30 thousand year old man. Others claim to channel spirits from "future dimensional", ascended masters [12] or in the case of the trance mediums of the Brahma Kumaris, God himself. Channeling is popularly parodied in the "Doonesbury" cartoon where a ditzy female character is occasionally taken over by "Hunk-Ra," an assertive 21,000-year-old warrior based on Ramtha. Other notable channels are Jane Roberts for Seth, Margaret McElroy for Maitreya and Serge J. Grandbois for Kris, Lee Caroll for Kryon.

This type of medium, a transferable soul with the mind changing immediately, has not been given any validity with science. New evidence disputes this type of channeling due to soul interchange experiments denoting no major or immediate change of the person's mind or body, i.e. possession or walk-ins. Some people believe that a soul exchange makes a major change in a person but this has not been proven. The person's memory is still intact.

In Spiritualism, psychic senses used by mental mediums are sometimes defined differently than in other paranormal fields. The term clairvoyance, for instance, may be used by Spiritualists to include seeing spirits and visions instilled by spirits, whereas the Parapsychological Association defines "clairvoyance" as information derived directly from an external physical source.[14]

Under no circumstances should the trancelike state of visionary consciousness be cultivated as a religious experience.[1]