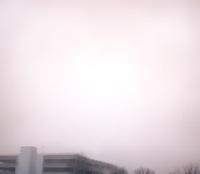 When the combined thought of the Universal Father and the Eternal Son, functioning in the God of Action, constituted the creation of the divine and central universe, the Father followed the expression of his thought into the word of his Son and the act of their Conjoint Executive by differentiating his Havona presence from the potentials of infinity. And these undisclosed infinity potentials remain space concealed in the Unqualified Absolute and divinely enshrouded in the Deity Absolute, while these two become one in the functioning of the Universal Absolute, the unrevealed infinity-unity of the Paradise Father.

Both potency of cosmic force and potency of spirit force are in process of progressive revelation-realization as the enrichment of all reality is effected by experiential growth and through the correlation of the experiential with the existential by the Universal Absolute. By virtue of the equipoising presence of the Universal Absolute, the First Source and Center realizes extension of experiential power, enjoys identification with his evolutionary creatures, and achieves expansion of experiential Deity on the levels of Supremacy, Ultimacy, and Absoluteness.

For lessons on the topic of the Three Absolutes, follow this link.

When it is not possible fully to distinguish the Deity Absolute (Qualified Absolute) from the Unqualified Absolute, their supposedly combined function or co-ordinated presence is designated the action of the Universal Absolute.

The Deity Absolute seems to be the all-powerful activator, while the Unqualified Absolute appears to be the all-efficient mechanizer of the supremely unified and ultimately co-ordinated universe of universes, even universes upon universes, made, making, and yet to be made.

The Deity Absolute cannot, or at least does not, react to any universe situation in a subabsolute manner. Every response of this Absolute to any given situation appears to be made in terms of the welfare of the whole creation of things and beings, not only in its present state of existence, but also in view of the infinite possibilities of all future eternity.

Let it be made clear that the Unqualified Absolute is a positive reality pervading the grand universe and, apparently, extending with equal space presence on out into the force activities and prematerial evolutions of the staggering stretches of the space regions beyond the seven superuniverses. The Unqualified Absolute is not a mere negativism of philosophic concept predicated on the assumptions of metaphysical sophistries concerning the universality, dominance, and primacy of the unconditioned and the unqualified. The Unqualified Absolute is a positive universe overcontrol in infinity; this overcontrol is space-force unlimited but is definitely conditioned by the presence of life, mind, spirit, and personality, and is further conditioned by the will-reactions and purposeful mandates of the Paradise Trinity.

The Universal Absolute, we logically deduce, was inevitable in the Universal Father's absolute freewill act of differentiating universe realities into deified and undeified—personalizable and nonpersonalizable—values. The Universal Absolute is the Deity phenomenon indicative of the resolution of the tension created by the freewill act of thus differentiating universe reality, and functions as the associative co-ordinator of these sum totals of existential potentialities.

The tension-presence of the Universal Absolute signifies the adjustment of differential between deity reality and undeified reality inherent in the separation of the dynamics of freewill divinity from the statics of unqualified infinity.

Always remember: Potential infinity is absolute and inseparable from eternity. Actual infinity in time can never be anything but partial and must therefore be nonabsolute; neither can infinity of actual personality be absolute except in unqualified Deity. And it is the differential of infinity potential in the Unqualified Absolute and the Deity Absolute that eternalizes the Universal Absolute, thereby making it cosmically possible to have material universes in space and spiritually possible to have finite personalities in time.

The finite can coexist in the cosmos along with the Infinite only because the associative presence of the Universal Absolute so perfectly equalizes the tensions between time and eternity, finity and infinity, reality potential and reality actuality, Paradise and space, man and God. Associatively the Universal Absolute constitutes the identification of the zone of progressing evolutional reality existent in the time-space, and in the transcended time-space, universes of subinfinite Deity manifestation.

The Universal Absolute is the potential of the static-dynamic Deity functionally realizable on time-eternity levels as finite-absolute values and as possible of experiential-existential approach. This incomprehensible aspect of Deity may be static, potential, and associative but is not experientially creative or evolutional as concerns the intelligent personalities now functioning in the master universe.

The two Absolutes—qualified and unqualified—while so apparently divergent in function as they may be observed by mind creatures, are perfectly and divinely unified in and by the Universal Absolute. In the last analysis and in the final comprehension all three are one Absolute. On subinfinite levels they are functionally differentiated, but in infinity they are ONE.

We never use the term the Absolute as a negation of aught or as a denial of anything. Neither do we regard the Universal Absolute as self-determinative, a sort of pantheistic and impersonal Deity. The Absolute, in all that pertains to universe personality, is strictly Trinity limited and Deity dominated.