From Nordan Symposia
(Redirected from Honest)
Jump to navigationJump to search 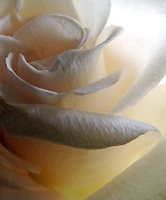 Honesty is defined as being truthful or having integrity. Because these characteristics are generally regarded as desirable, honesty is considered a cornerstone for any social interaction. Its value is especially conspicuous in business because commerce requires a network of transactions between suppliers, consumers, employees, and the public. For a company to thrive, it must have the trust of all these entities, something that is possible only if they have confidence in the company's honesty. Indeed, a reputation for honesty is crucial to a company's sustainability and success.

Evidence that this is widely understood is found in many business practices. Employers often attempt to screen employees for honesty by, for example, checking on the facts included in a résumé or even requiring a lie detector test. Companies routinely include a commitment to honesty as part of their code of ethics or mission statement. Contracts can also be understood as a legal tool for enforcing honesty in transactions.

For lessons on the topic of Honesty, follow this link.

The impact of dishonesty on the fortunes of companies and individual employees is also clear. Employees are most likely to be dismissed and companies are most likely to be embroiled in scandal when they attempt to deceive supervisors, the public, shareholders, or regulators about a problem. In one recent example, the chief executive at Hewlett-Packard was obliged to step down after it was discovered that the company had attempted to plug information leaks by pretexting or using false pretenses to obtain personal information about reporters and members of the company's own board of directors.

Like other ethical concepts, honesty often proves elusive on closer examination. For one thing, the ethical question of when and whether people should tell the truth is easily confused with the epistemological question of whether people can know the Truth. Philosophers continue to struggle with the question of how Truth is to be determined, how it can be distinguished from error, and whether Truth can be communicated adequately by language. In addition, the points of view of different individuals create challenging issues about subjectivity and Truth, something that is obvious to anyone who has ever asked more than one person about what happened at a meeting.

Some critics also contend that 20th-century scholarship insisting all Truth is situated and vulnerable to deconstruction has seeped into public discourse and undermined the commitment to honesty as a default position. Also, in the empirical sciences, psychologists have evidence that many successful people and companies cultivate an optimistic, if not unrealistic, appraisal of their prospects. Positive thinking as well as public relations and spin control deliberately reinterpret facts to support a particular point of view, blurring the question of what is true. Harry Frankfurt and others have argued that such efforts erode a commitment to honesty because they focus on the task to be accomplished without attempting to honestly ascertain the facts of the matter.

Even Aristotle found it difficult to pin down honesty. Although he praised it as "noble," he also believed that honesty, like other virtues, was subject to the Golden Mean because it was vulnerable to excess and deficiency. Too much honesty becomes boastfulness or indiscretion; too little turns into false humility or leaving people in the dark about things they need to know. This understanding foreshadows contemporary tension between transparency and privacy. Some argue, for example, that honesty requires utter openness, especially about financial transactions. At the same time, many individuals and, for that matter, business entities claim that it is appropriate to keep financial information confidential.

When Dishonesty Is Forbidden

Because honesty is so difficult to define, many moral philosophers do not insist on a positive duty to be honest. Instead, they argue the less rigorous position that people have a negative duty to avoid dishonesty—a concept that is defined by two characteristics. First, dishonesty requires information that is, as far as the speaker knows, factually inaccurate. Second, it involves an attempt to communicate that information in a way that will mislead another person. Although a spoken lie is the most obvious form of deception, people can also be misled indirectly through dissembling. A company that sells counterfeit goods, for example, may not claim that they are genuine, but the appearance of the merchandise leads consumers to a false belief about their origin. Whether it is direct or indirect, dishonesty is the deliberate effort to convince the deceived person of something the deceiver does not believe to be true. Someone who is mistaken about the truth can be regarded as ignorant but not dishonest.

A few philosophers have taken the position that dishonesty of any kind is never justified. Augustine, for example, claimed that all lies are forbidden by God. Immanuel Kant is sometimes understood to have claimed that truthfulness is a duty that trumps most others. He contended that dishonesty undermined autonomy by treating other people as means and not ends. Lying to people even for their own apparent good is unacceptable according to Kant because it deprives them of the right to determine good for themselves.

Other philosophers have argued that other goods must override honesty under some circumstances. The legal philosopher, Hugo Grotius, for example, argued that honesty is owed only to those who deserve it. Indeed, many social scientists have observed that people often have different standards of honesty for those inside a favored group and those outside. A company may, for example, provide one version of the truth to upper management and a different version to labor, stockholders, or the press.

A few philosophers have actually argued that honesty is overrated. The Sophists of ancient Greece, for example, were committed to winning legal cases, not defending the truth—a legacy that is apparent in the legal profession today. Plato himself argued that politicians might need to use "noble" lies to keep their citizens content. Machiavelli and Nietzsche thought it legitimate for "superior" people to lie to their inferiors. A manager, for example, might justify misleading the sales department about a problem on the production floor, reasoning that it will undermine their morale if they know the truth and that, in any case, they are not in any position to solve the problem.

In fact, a person who is dishonest when others are trusting does have a competitive advantage. Evolutionary biologists point out that other living things regularly obtain survival advantages by deceiving both predators and competitors. There is considerable evidence that humans, too, have thrived in the past by being deceitful under certain circumstances. Most philosophers, however, are convinced that when animals band together into social units, the advantages obtained by deceit are short term at best.

This aligns with the commonsense [intuitions] of most people. Because they prefer that other people be candid with them under most circumstances, they are required by nothing more than the rule of reciprocity to be honest in return. Contemporary virtue ethicists argue that an honest person tells the truth, not because it is advantageous in a given situation but because the truth has intrinsic value to people who hope to have ongoing interactions. If people cannot assume that others are telling the truth, suspicion replaces cooperation and human society breaks down. Given the seriousness of this result, they insist that honesty must be the default position.

This approach does not rule out the possibility that dishonesty may be the right strategy under certain circumstances. In business, people often make a utilitarian analysis of honesty, deciding whether deception is warranted in light of potential risks and benefits. Companies, for example, routinely face issues about honesty in the marketing of their products. Advertising often involves a poetic rather than a scientific description of products. This is widely understood and tolerated by the public. When a company claims that a cleaning product smells "springtime fresh," consumers understand the statement as an opinion and not a verifiable fact.

On the other hand, blatant dishonesty in advertising is both illegal and self-defeating. The Federal Trade Commission (FTC), which is responsible for enforcing truth in advertising, points out that deceptive advertising can take many forms including misleading promises, incomplete or distorted descriptions and visual representations, partial disclosure of pertinent facts, misleading comparisons with other products, and false testimonials. The FTC requires companies to have evidence that supports statements of fact including claims that are implied by advertising. If, for example, a diet product claims to suppress appetite, a reasonable consumer would conclude that it leads to weight loss, and the company would need to substantiate those claims. Even when deceptive advertising does not run afoul of regulation, it risks alienating customers, who will feel betrayed when the product does not deliver what it has promised.

Evaluating the Consequences of Dishonesty

In evaluating the consequences of dishonesty, it is necessary to consider the harm done to both the deceiver and the deceived. The harm to the victim is most conspicuous. A lie always threatens autonomy because people who have been deceived look back on their decisions and realize that they might have made different choices if they'd had honest information. The harm to the dishonest person is often overlooked because liars tend to see only the advantages of their dishonesty. Sissela Bok points out that liars are harmed in three ways. First, their own sense of integrity is undermined. Second, they must expend energy in remembering the lie and, perhaps, telling other lies that reinforce it. Finally, should the dishonesty be uncovered, the person who practiced it is less likely to be trusted in the future.

Because it is difficult to make such an analysis on a case-by-case basis and because it is challenging to fully anticipate the consequences of dishonesty, many utilitarians try to determine rules that will help them decide when deception is acceptable. Even Aquinas proposed a hierarchy of deception. Malicious lies, told with the intent to cause harm, were the only ones he regarded as a mortal sin. Today, they are the lies most likely to be prosecuted as fraud. Jocose lies told in jest were considered less serious just as office pranks and April Fool's jokes are tolerated as annoying but harmless.

The third category, officious lies, continues to arouse debate. These minor deviations from the truth, undertaken because they will produce benefit or forestall harm, are well known in business. Mild forms of deception often seem justified or even necessary in social situations because they produce harmony among people who are actually quite different. When an employee, for example, asks about a colleague's weekend at the water cooler, there is no expectation of a thoroughly honest response. The gesture is understood on both sides as a superficial expression of courtesy. Similarly, an employee may feign an interest in the hobbies or children of a potential client. People justify these so-called white lies because they seem to do little harm, and they may create social benefits, such as a sense of commonality, that makes it easier to do business together. Far from being censured, these forms of dishonesty may actually be encouraged and rewarded.

Dishonesty to avoid harm is more problematic. Some people argue, for example, that it is acceptable to be dishonest in an effort to spare another person's feelings. Others point out that insincere compliments or inaccurate excuses are actually for the convenience of the dishonest person, so they cannot be justified as altruistic. Another form of officious lies deserves special attention from companies. Corporate policies can make people reluctant to admit mistakes because the penalties for error are perceived to be too great. Under these circumstances, people are more likely to be dishonest about errors and other problems. Businesses can reduce the incentive for this kind of dishonesty by redefining accountability in terms of problem solving rather than assigning blame.

One rubric for evaluating officious lies and, for that matter, other forms of dishonesty is proposed by Sissela Bok. She points out that honesty never needs justification but dishonesty must be able to meet three criteria: