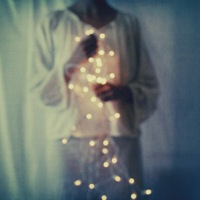 Among the courtesy colonies of the various divisional and universe headquarters worlds, may be found the unique order of composite personalities denominated the celestial artisans. These beings are the master artists and artisans of the morontia and lower spirit realms. They are the spirits and semispirits who are engaged in morontia embellishment and in spiritual beautification. Such artisans are distributed throughout the grand universe—on the headquarters worlds of the superuniverses, the local universes, the constellations, and systems, as well as on all spheres settled in light and life; but their chief realm of activity is in the constellations and especially on the seven hundred seventy worlds surrounding each headquarters sphere.

Though their work may be almost incomprehensible to the material mind, it should be understood that the morontia and spirit worlds are not without their high arts and supernal cultures.

For lessons on the topic of Celestial Artisans, follow this link.

The celestial artisans are not created as such; they are a selected and recruited corps of beings composed of certain teacher personalities native to the central universe and their volunteer pupils drawn from the ascending mortals and numerous other celestial groups. The original teaching corps of these artisans was sometime assigned by the Infinite Spirit in collaboration with the Seven Master Spirits and consisted of seven thousand Havona instructors, one thousand to each of the seven divisions of artisans. With such a nucleus to start with, there has developed through the ages this brilliant body of skillful workers in spirit and morontia affairs.

Any morontia personality or spirit entity is eligible for admission to the corps of the celestial artisans; that is, any being below the rank of inherent divine sonship. Ascending sons of God from the evolutionary spheres may, after their arrival on the morontia worlds, apply for admission to the artisan corps and, if sufficiently gifted, may choose such a career for a longer or shorter period. But no one may enlist with the celestial artisans for less than one millennium, one thousand years of superuniverse time.

The original teachers of these seven groups all hailed from the perfect worlds of Havona, and Havona contains the patterns, the pattern studies, for all phases and forms of spirit artistry. While it is a gigantic task to undertake to transfer these arts of Havona to the worlds of space, the celestial artisans have improved in technique and execution from age to age. As in all other phases of the ascending career those who are most advanced in any line of endeavor are required constantly to impart their superior knowledge and skill to their less favored fellows.

You will first begin to glimpse these transplanted arts of Havona on the mansion worlds, and their beauty and your appreciation of their beauty will heighten and brighten until you stand in the spirit halls of Salvington and behold the inspiring masterpieces of the supernal artists of the spirit realms.

I cannot, with exclusive spirit vision, perceive the building in which this narrative is being translated and recorded. A Divine Counselor from Uversa who chances to stand by my side perceives still less of these purely material creations. We discern how these material structures appear to you by viewing a spirit counterpart presented to our minds by one of our attending energy transformers. This material building is not exactly real to me, a spirit being, but it is, of course, very real and very serviceable to material mortals.

There are certain types of beings who are capable of discerning the reality of the creatures of both the spirit and the material worlds. Belonging to this class are the so-called fourth creatures of the Havona Servitals and the fourth creatures of the conciliators. The angels of time and space are endowed with the ability to discern both spirit and material beings as also are the ascending mortals subsequent to deliverance from the life in the flesh. After attainment of the higher spirit levels the ascenders are able to recognize material, morontia, and spirit realities.

There is also here with me a Mighty Messenger from Uversa, an ascendant Adjuster-fused, onetime mortal being, and he perceives you as you are, and at the same time he visualizes the Solitary Messenger, the supernaphim, and other celestial beings present. Never in your long ascendancy will you lose the power to recognize your associates of former existences. Always, as you ascend inward in the scale of life, will you retain the ability to recognize and fraternize with the fellow beings of your previous and lower levels of experience. Each new translation or resurrection will add one more group of spirit beings to your vision range without in the least depriving you of the ability to recognize your friends and fellows of former estates.

All this is made possible in the experience of ascending mortals by the action of the indwelling Thought Adjusters. Through their retention of the duplicates of your entire life's experiences, you are assured of never losing any true attribute you once had; and these Adjusters are going through with you, as a part of you, in reality, as you.

But I almost despair of being able to convey to the material mind the nature of the work of the celestial artisans. I am under the necessity of constantly perverting thought and distorting language in an effort to unfold to the mortal mind the reality of these morontia transactions and near-spirit phenomena. Your comprehension is incapable of grasping, and your language is inadequate for conveying, the meaning, value, and relationship of these semispirit activities. And I proceed with this effort to enlighten the human mind concerning these realities with the full understanding of the utter impossibility of my being very successful in such an undertaking.

I can do no more than attempt to sketch a crude parallelism between mortal material activities and the manifold functions of the celestial artisans. If the Urantia races were more advanced in art and other cultural accomplishments, then could I go that much farther in an effort to project the human mind from the things of matter to those of morontia. About all I can hope to accomplish is to make emphatic the fact of the reality of these transactions of the morontia and the spirit worlds.