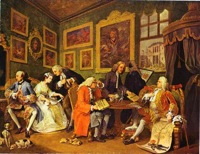 Middle English, from Anglo-French, from Latin contractus, from contrahere to draw together, make a contract, reduce in size, from com- + trahere to draw

b : a business arrangement for the supply of goods or services at a fixed price <make parts on contract>
c : the act of marriage or an agreement to marry

In law, a contract is a legally binding agreement between two or more parties which, if it contains the elements of a valid legal agreement, is enforceable by law or by binding arbitration. A legally enforceable contract is an exchange of promises with specific legal remedies for breach. These can include compensatory remedy, whereby the defaulting party is required to pay monies that would otherwise have been exchanged were the contract honoured, or an Equitable remedy such as Specific Performance, in which the person who entered into the contract is required to carry out the specific action they have reneged upon.

Agreement is said to be reached when an offer capable of immediate acceptance is met with a "mirror image" acceptance (i.e., an unqualified acceptance). The parties must have the necessary capacity to contract and the contract must not be either trifling, indeterminate, impossible, or illegal. Contract law is based on the principle expressed in the Latin phrase pacta sunt servanda (usually translated "agreements are to be kept", but more literally "pacts must be kept"). Breach of contract is recognized by the law and remedies can be provided.

As long as the good or service provided is legal, any oral agreement between two parties can constitute a binding legal contract. The practical limitation to this, however, is that generally only parties to a written agreement have material evidence (the written contract itself) to prove the actual terms uttered at the time the agreement was struck. In daily life, most contracts can be and are made orally, such as purchasing a book or a sandwich. Sometimes written contracts are required by either the parties, or by statutory law within various jurisdiction for certain types of agreement, for example when buying a house[4] or land.

Contract law can be classified, as is habitual in civil law systems, as part of a general law of obligations (along with tort, unjust enrichment or restitution).

According to legal scholar Sir John William Salmond, a contract is "an agreement creating and defining the obligations between two or more parties".

As a means of economic ordering, contract relies on the notion of consensual exchange and has been extensively discussed in broader economic, sociological and anthropological terms. In American English, the term extends beyond the legal meaning to encompass a broader category of agreements.[1]