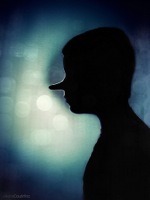 Credibility refers to the objective and subjective components of the believability of a source or message.

Traditionally, modern credibility has two key components: trustworthiness and expertise, which both have objective and subjective components. Trustworthiness is based more on subjective factors, but can include objective measurements such as established reliability. Expertise can be similarly subjectively perceived, but also includes relatively objective characteristics of the source or message (e.g., credentials, certification or information quality). Secondary components of credibility include source dynamism (charisma) and physical attractiveness.

Credibility online has become an important topic since the mid-1990s. This is because the web has increasingly become an information resource. The Credibility and Digital Media Project @ UCSB highlights recent and ongoing work in this area, including recent consideration of digital media, youth, and credibility. In addition, the Persuasive Technology Lab at Stanford University has studied web credibility and proposed the principal components of online credibility and a general theory called Prominence-Interpretation Theory.[1]

Scientific credibility has been defined as the extent to which science in general is recognized as a source of reliable information about the world. The term has also been applied more narrowly, as an assessment of the credibility of the work of an individual scientist or a field of research. Here, the phrase refers to how closely the work in question adheres to scientific principles, such as the scientific method. The method most commonly used to assess the quality of science is peer review and then publication as part of the scientific literature. Other approaches include the collaborative assessment of a topic by a group of experts, this process can produce reviews such as those published by the Cochrane Collaboration, or the Intergovernmental Panel on Climate Change.

The general public can give a great deal of weight to perceptions of scientific authority in their decisions on controversial issues that involve scientific research, such as biotechnology. However, both the credibility and authority of science is questioned by groups with non-mainstream views, such as some advocates of alternative medicine, or those who dispute the scientific consensus on a topic, such as AIDS denialists.