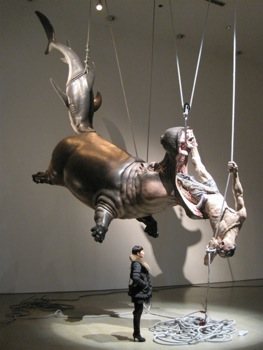 b : based on or reflecting a belief that human conduct is motivated primarily by self-interest <a cynical ploy to win votes>

Cynicism is a distrust of other's apparent motives. It is a form of jaded negativity, and other times realistic criticism or skepticism. The term originally derives from an ancient Greece philosophers group called the Cynics who rejected all conventions, whether of religion, manners, housing, dress, or decency, advocating the pursuit of virtue in a simple and unmaterialistic lifestyle. By the 19th century, emphasis on the negative aspects of Cynic philosophy led to the modern understanding of cynicism to mean a disposition to disbelieve in the sincerity or goodness of human motives and actions. Modern cynicism, as a product of mass society, is a distrust toward professed ethical and social values, especially when there are high expectations concerning society, institutions and authorities which are unfulfilled. It can manifest itself as a result of frustration, disillusionment, and distrust perceived as due to organizations, authorities and other aspects of society, and thus "cynical" is sometimes used as if it were synonymous with "jaded", and the opposite of "optimistic". Other times, "cynicism" is the opposite of "naiveté".

The rise of modern cynicism

The classical Greek and Roman Cynics regarded virtue as the only necessity for happiness. They sought to free themselves from conventions; become self-sufficient; and live only in accordance with nature. They rejected any conventional notions of happiness involving money, power, or fame, in the pursuit of virtuous, and thus happy, lives. In rejecting conventional social values, they would criticise the types of behaviours, such as greed, which they viewed as causing suffering. Emphasis on this aspect of their teachings led, in the late 18th and early 19th century, to the modern understanding of cynicism as "an attitude of scornful or jaded negativity, especially a general distrust of the integrity or professed motives of others." This modern definition of cynicism is in marked contrast to the ancient philosophy, which emphasized "virtue and moral freedom in liberation from desire."

Modern cynicism has been defined as an attitude of distrust toward ethical and social values and a rejection of the need to be socially involved. It is often regarded as a product of mass society, but one where political engagement has no option but to be cynical. Unlike mere depression, cynicism can be said to be more active; in his bestselling Critique of Cynical Reason, Peter Sloterdijk defined modern cynics as "borderline melancholics, who can keep their symptoms of depression under control and yet retain the ability to work, whatever might happen ... indeed, this it the essential point in modern cynicism: the ability of its bearers to work - in spite of anything that might happen." David T. Wolf said that "Idealism is what precedes experience. Cynicism is what follows." It can be said that modern cynicism is the opposite of optimism and a more accurate antonym is naiveté which further supports this view.