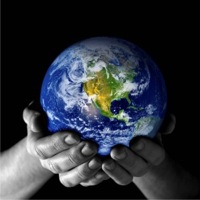 The term globalization (or globalisation) refers to processes of international integration arising from the interchange of worldviews, products, ideas, and other aspects of culture. Advances in transportation and telecommunications infrastructure, including the rise of the telegraph and its posterity the Internet, are major factors in globalization, generating further interdependence of economic and cultural activities.

Though several scholars place the origins of globalization in modern times, others trace its history long before the European age of discovery and voyages to the New World. Some even trace the origins to the third millennium BCE. In the late 19th century and early 20th century, the connectedness of the world's economies and cultures grew very quickly.

The term globalization has been increasing use since the mid-1980s and especially since the mid-1990s. In 2000, the International Monetary Fund (IMF) identified four basic aspects of globalization: trade and transactions, capital and investment movements, migration and movement of people and the dissemination of knowledge. Further, environmental challenges such as climate change, cross-boundary water, air pollution, and over-fishing of the ocean are linked with globalization. Globalizing processes affect and are affected by business and work organization, economics, socio-cultural resources, and the natural environment.

One of the earliest known usages of the term as a noun was in a 1930 publication entitled, Towards New Education, where it denoted a holistic view of human experience in education.] A related term, corporate giants, was coined by Charles Taze Russell in 1897 to refer to the largely national trusts and other large enterprises of the time. By the 1960s, both terms began to be used as synonyms by economists and other social scientists. It then reached the mainstream press in the later half of the 1980s. Since its inception, the concept of globalization has inspired competing definitions and interpretations, with antecedents dating back to the great movements of trade and empire across Asia and the Indian Ocean from the 15th century onwards. Due to the complexity of the concept, research projects, articles, and discussions often remain focused on a single aspect of globalization.

Reactions to processes contributing to globalization have varied widely with a history as long as extraterritorial contact and trade. Philosophical differences regarding the costs and benefits of such processes give rise to a broad-range of ideologies and social movements. Proponents of economic growth, expansion and development, in general, view globalizing processes as desirable or necessary to the well-being of human society. Antagonists view one or more globalizing processes as detrimental to social well-being on a global or local scale; this includes those who question either the social or natural sustainability of long-term and continuous economic expansion, the social structural inequality caused by these processes, and the colonial, Imperialistic, or hegemonic ethnocentrism, cultural assimilation and cultural appropriation that underlie such processes.

As summarized by Noam Chomsky:

"The dominant propaganda systems have appropriated the term "globalization" to refer to the specific version of international economic integration that they favor, which privileges the rights of investors and lenders, those of people being incidental. In accord with this usage, those who favor a different form of international integration, which privileges the rights of human beings, become "anti-globalist." This is simply vulgar propaganda, like the term "anti-Soviet" used by the most disgusting commissars to refer to dissidents. It is not only vulgar, but idiotic. Take the World Social Forum (WSF), called "anti-globalization" in the propaganda system – which happens to include the media, the educated classes, etc., with rare exceptions. The WSF is a paradigm example of globalization. It is a gathering of huge numbers of people from all over the world, from just about every corner of life one can think of, apart from the extremely narrow highly privileged elites who meet at the competing World Economic Forum, and are called "pro-globalization" by the propaganda system."

Critiques of globalization generally stem from discussions surrounding the impact of such processes on the planet as well as the human costs. They challenge directly traditional metrics, such as GDP, and look to other measures, such as the Gini coefficient or the Happy Planet Index, and point to a "multitude of interconnected fatal consequences–social disintegration, a breakdown of democracy, more rapid and extensive deterioration of the environment, the spread of new diseases, increasing poverty and alienation" which they claim are the unintended consequences of globalization.

Some opponents of globalization see the phenomenon as a promotion of corporatist interests. They also claim that the increasing autonomy and strength of corporate entities shapes the political policy of countries. They advocate global institutions and policies that they believe better address the moral claims of poor and working classes as well as environmental concerns. Economic arguments by fair trade theorists claim that unrestricted free trade benefits those with more financial leverage (i.e. the rich) at the expense of the poor.[1]