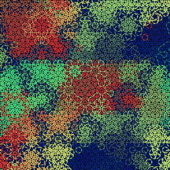 A federation (Latin: foedus, foederis, 'covenant'), also known as a federal state,EKAS.gee is a type of sovereign state characterized by a union of partially self-governing states or regions united by a central (federal) government. In a federation, the self-governing status of the component states is typically constitutionally entrenched and may not be altered by a unilateral decision of the central government.

The form of government or constitutional structure found in a federation is known as federalism (see also federalism as a political philosophy). It can be considered the opposite of another system, the unitary state. The government of Germany with sixteen federated Länder is an example of a federation, whereas neighboring Austria and its Bundesländer was a unitary state with administrative divisions that became federated, and neighboring France by contrast has always been unitary.

Federations may be multi-ethnic, or cover a large area of territory, although neither is necessarily the case. Federations are most often founded on an original agreement between a number of sovereign states based on mutual concerns or interests. The initial agreements create a stability that encourages other common interests, brings the disparate territories closer, and gives them all even more common ground. At some time this is recognized and a movement is organized to merge more closely. Other times, especially when common cultural factors are at play such as ethnicity and language, some of these steps in this pattern are expedited and compressed.

The international council for federal countries, the Forum of Federations, is based in Ottawa, Ontario. It helps share best practices among countries with federal systems of government, and currently includes nine countries as partner governments.

Federations and other forms of state

Some federations are called asymmetric because some states have more autonomy than others. An example of such a federation is Malaysia, in which Sarawak and Sabah entered the federation on different terms and conditions from the states of Peninsular Malaysia.

A federation often emerges from an initial agreement between a number of separate states. The purpose can be the will to solve mutual problems or to provide for mutual defense, or to create a nation state for an ethnicity spread over several states. The former was the case with the United States and Switzerland, the latter with Germany. However, as the history of countries and nations varies, the federalist system of a state can be quite different from these models. Australia, for instance, is unique in that it came into existence as a nation by the democratic vote of the citizens of each State who voted "yes" in referendums to adopt the Australian Constitution. Brazil on the other hand, has experienced both the federal and the unitary state through its history; some present day States of the Federation retain the borders set during Portuguese colonization (i.e. previous to the very existence of Brazilian state), whereas the latest State (Tocantins) was created by the 1988 Constitution, chiefly for administrative reasons.

Eight of ten of the world's largest countries by area are governed as federations.

It is often part of the philosophy of a unitary state that, regardless of the actual status of any of its parts, its entire territory constitutes a single sovereign entity or nation-state, and that by virtue of this the central government exercises sovereignty over the whole territory as of right. In a federation, on the other hand, sovereignty is often regarded as residing notionally in the component states, or as being shared between these states and the central government.[1]