From Nordan Symposia
(Redirected from Forecast)
Jump to navigationJump to search 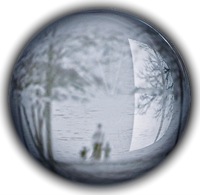 A prediction is a statement or claim that a particular event will occur in the future in more certain terms than a forecast. The etymology of the word is Latin (præ-, "before," and dicere, "to say"). Howard H. Stevenson writes: "Prediction is at least two things: Important and hard." Important, because we have to act, and hard because we have to realize the future we want, and what is the best way to get there.[1]

For lessons on the topic of Prediction, follow this link.

Outside the rigorous context of science, prediction is often confused with informed guess or opinion.

A prediction of this kind might be valid if the predictor is a knowledgeable person in the field and is employing sound reasoning and accurate data. Large corporations invest heavily in this kind of activity to help focus attention on possible events, risks and business opportunities, using futurists. Such work brings together all available past and current data, as a basis on which to develop reasonable expectations about the future.

In politics it is common to attempt to predict the outcome of elections via Political Forecasting techniques (or assess the popularity of politicians) through the use of opinion polls. Prediction games have been used by many corporations and governments to learn about the most likely outcome of future events with amazing accuracy.

Predictions have often been made, from antiquity until the present, by resorting to paranormal or supernatural means, such as prophecy or by observing omens. Disciplines including water divining, astrology, numerology, and fortune telling, along with many other forms of divination, have been used for centuries or even millennia to predict or attempt to predict the future. So far none of these means of prediction have been proven under controlled conditions and are heavily criticised by scientists and skeptics.

In a scientific context, a prediction is a rigorous, (often quantitative), statement forecasting what will happen under specific conditions, typically expressed in the form If A is true, then B will also be true. The scientific method is built on testing assertions which are logical consequences of scientific theories. This is done through repeatable experiments or observational studies.

A scientific theory whose assertions are not in accordance with observations and evidence will probably be rejected. Theories that make no testable predictions remain protosciences until testable predictions become known to the community. Additionally, if new theories generate many new predictions, they are often highly valued, for they can be quickly and easily confirmed or falsified (see predictive power). In many scientific fields, desirable theories are those which predict a large number of events from relatively few underlying principles.

Quantum physics is an unusual field of science because it enables scientists to make predictions on the basis of probability. Mathematical models and computer models are frequently used to both describe the behaviour of something, and predict its future behaviour.

Some fields of science are notorious for the difficulty of accurate prediction and forecasting, such as software reliability, natural disasters, pandemics, demography, population dynamics and meteorology.

Example of scientific hypothesis and prediction

In the 1840s the renowned Hungarian physician Ignaz Semmelweis noticed that women giving birth in the Vienna lying-in hospital were dying in one building, but surviving in another.

Upon considering the cause, he found that the surviving women were attended by midwives and not by student physicians. Thus he proposed the hypothesis that the physicians were a factor in the deaths. This proposition impelled Semmelweis to refine the factor. What was the difference between the midwives and the doctors? After more thought, Semmelweis decided that the cadavers which the student doctors were touching must be part of the factor.

Other examples abound in the history of science, ranging from expected predictions which did not occur (such as the Michelson-Morley experiment) to new and radical predictions which shockingly confirmed one theory over another (such as the bending of light around the sun seen in the 1919 eclipse, a prediction of Albert Einstein's theory of General relativity).

In literature, vision and prophecy are literary devices used to present a possible timeline of future events. They can be distinguished by vision referring to what an individual sees happen. The New Testament book of Revelation (Bible) thus uses vision as a literary device in this regard. It is also prophecy or prophetic literature when it is related by an individual in a sermon or other public forum.

Charles Dickens' A Christmas Carol also makes use of vision as a literary device. After Scrooge confronts the visions given to him by the Ghosts of Christmas Past, Present, and Yet to Come, he asks whether the future he has seen can be changed.[2] In other words, he wants to know whether he change the outcome of the ghosts' prophecies. This question has also been addressed in many science fiction works, particularly those dealing with time travel.

In Ursula K. Le Guin's The Left Hand of Darkness, the humanoid inhabitants of planet Gethen have mastered the art of prophecy and routinely produce data on past, present or future events on request. In this story, this was a minor plot device.

The universe is highly predictable only in the quantitative or gravity-measurement sense; even the primal physical forces are not responsive to linear gravity, nor are the higher mind meanings and true spirit values of ultimate universe realities. Qualitatively, the universe is not highly predictable as regards new associations of forces, either physical, mindal, or spiritual, although many such combinations of energies or forces become partially predictable when subjected to critical observation. When matter, mind, and spirit are unified by creature personality, we are unable fully to predict the decisions of such a freewill being.[1]

Predictions at the Open Directory Project