From Nordan Symposia
(Redirected from Fundamentalist)
Jump to navigationJump to search 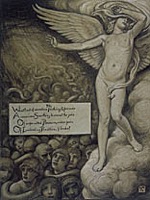 The term fundamentalism was first applied to Protestants in the United States in the 1920s, but it now represents a set of phenomena that can be observed in most cultures where religion has influence and especially in cultures where religion dominates. Fundamentalism is almost always associated with religion, but some scholars also see it as an outlook on life that can characterize the non-religious as well. In fact, some scholars claim that those who are devoted without question to the scientific worldview sometimes approach it as uncritically as most scientists see religious fundamentalists defending their worldviews.

For lessons on the topic of Fundamentalism, follow this link.

The emergence, growth, and entrenchment of fundamentalism as an active ideological stance in the course of the twentieth century became a major source of social and cultural controversy within the United States. As the twentieth century began, the effects of modernism and secularism on American culture produced a growing sense of alarm among conservative Protestants, who believed that these innovations threatened to undermine the traditional values and moral authority of evangelical Christianity. They responded by reasserting their unyielding commitment to certain fundamental beliefs, such as the divine authorship and literal truth of the Bible, and by working to ensure the survival of those beliefs in American institutions and public life. By the 1920s, this movement came to be known as fundamentalism, and, since that time, its views have permeated swathes of the social and cultural fabric of America. The fundamentalists' stand against innovations in theology and their strict adherence to Biblical doctrine have repeatedly placed them in conflict with mainstream trends in American popular culture—not only in religion, but in the realms of education, politics, entertainment, and the arts. In resisting such trends, fundamentalists have also engaged in various forms of activism, from public demonstration to political organization, and in the process have made their influence felt throughout American society.

The fundamentalist movement originated within the evangelical Protestant churches, particularly among Baptists and Presbyterians. An emphasis on revivalism and the conversion experience had contributed to the rapid growth of the evangelical churches during the 1800s, and by the end of the century they defined the mainstream of religious life in the United States. As they grew, however, these groups found it increasingly difficult to maintain a denominational consensus on certain theological issues. One major source of controversy was the doctrine of biblical inerrancy, which asserted that the Bible is literally true in every detail. Liberal adherents of the evangelical churches gradually abandoned this doctrine, arguing that the Bible must be reinterpreted within the context of contemporary thought. In their view, for example, the biblical account of creation could not be taken literally because it conflicted with the findings of modern science. Conservatives, on the other hand, rejected modernist revisions of the meaning of scripture, holding to the idea that the Bible contains factual truth, and believing that to say otherwise undermined the certainties of their faith.

Another important controversy developed around the doctrine of dispensational millennialism, which became widely accepted among conservative Protestants late in the 1800s. According to this doctrine, human history comprises a series of distinct eras, or dispensations. During each dispensation, humanity is subjected to a divine test which it ultimately fails, resulting in a catastrophic event such as the banishment from Eden, the Flood of Genesis, or the crucifixion of Christ. Dispensational millennialism asserts that the end of the next-to-last dispensation is approaching, and will be followed by the final dispensation, the "Millennial Age," during which Christ will rule on earth for a thousand years. Although this doctrine was not universally accepted by conservatives, it became a major theme in the thinking of key fundamentalist leaders during the late nineteenth and early twentieth centuries, clearly setting them apart from moderate and liberal Protestants who, by this time, had begun to de-emphasize the supernatural aspects of Christian belief.

As these theological controversies developed, liberals and conservatives within the evangelical Protestant denominations found themselves increasingly at odds with one another. Both sides tried to ensure that their point of view would define their denomination's policies and statements of faith; as a result, bitter disputes developed within several of the larger Protestant groups. Some of the evangelical denominations actually experienced little conflict, because one side or the other dominated their membership so thoroughly. The widespread acceptance of modernist theology by Congregationalists, for example, precluded extensive debate within that group, as did, conversely, the widespread rejection of modernism by the Southern Baptists. But within other groups, such as the Northern Baptists, Northern Presbyterians, and Disciples of Christ, the diversity of beliefs led to serious conflict. In each of these denominations, however, fundamentalists in the end lacked the numbers needed to ensure that their views would prevail. Realizing that the spread of modernism had made it impossible for them to take control of these groups, the fundamentalist faction within each split off from its parent body to start a new denomination.

The fundamentalists' failure to control most of the large evangelical denominations did not deter them from promoting their views. They established a variety of programs and organizations that focused on advancing the fundamentalist cause outside of the existing structure of Protestant denominations. An early example of these nondenominational efforts was the publication of a series of booklets, entitled The Fundamentals, which described and justified various conservative theological positions. Distributed to religious leaders, students, and pastors throughout the English-speaking world, these booklets helped spread the fundamentalist message, and provided the source of the fundamentalist movement's name. Fundamentalists also established dozens of non-denominational Bible institutes and colleges during the early twentieth century, in part to provide clergy for the many independent fundamentalist churches organized during this period. And as the century progressed, fundamentalists became very active in religious broadcasting, which enabled them to disseminate their beliefs to much larger audiences than they could reach within the confines of their own congregations.

While developing its own institutional structure, the fundamentalist movement adopted an increasingly oppositional stance with respect to contemporary culture, and began to develop strategies to reform American society. The first major issue raised by the fundamentalists in this context was the teaching of scientific concepts that contradicted traditional interpretations of the Bible. They focused in particular on the teaching of evolution in public schools and universities, which they sought to ban either by legislation or through the regulations of local school districts. Anti-evolution laws were subsequently enacted in a number of states, primarily in the South where the influence of fundamentalism was greatest. The controversy surrounding these laws became widely publicized during a celebrated case in Tennessee, the so-called Scopes Monkey Trial, in which biology teacher John Scopes was tried in 1925 for violating the state ban on teaching Darwin's theory of evolution. Although this event provided a forum for one of the most eloquent supporters of the fundamentalist position, William Jennings Bryan, it also subjected fundamentalists to widespread criticism and ridicule in the national and international press, perhaps most notably by columnist H. L. Mencken. As a result, the movement lost much of its credibility, and became increasingly alienated from the mainstream of American popular culture.

Following their defeats within the mainstream denominations and in the public debate over the teaching of evolution, fundamental-ists entered a period of withdrawal and consolidation. Rather than attempting to reform society at large, they concentrated on building a separate structure of religious institutions consisting of Bible colleges and institutes, non-denominational fundamentalist churches, independent missionary organizations, revival meetings, and the like. They also became increasingly involved in religious broadcasting, first in radio and then television. Televangelism provided an especially effective outlet for the fundamentalists' efforts to expand their base of support. By enabling them to operate outside traditional institutional structures, it gave them a means of addressing new, untapped audiences as well as their existing followers. The broadcast media also suited the preaching style of many of the leading fundamentalist evangelists, who relied heavily on their personal charisma. Through such efforts, fundamentalism remained an active if unobtrusive force within American culture during the 1950s and 1960s.

A conservative turn in American politics during the 1970s gave fundamentalists a new opportunity to bring their agenda before the public. Through movements such as the Moral Majority and the Christian Coalition, fundamentalists became extensively involved in political action during the 1970s and 1980s, and formed the core of the "new religious right." Although the religious right supported a range of conservative positions on policy issues, the fundamentalists' primary goal was again to reform American society by addressing issues of faith and morality. They were especially concerned with trends that appeared either to undermine traditional religious belief or to limit the traditional role of religion in American life. They again confronted the issue of the teaching of evolution in public schools, now cast as a conflict between Darwinian theory and creationism, a defense of the Biblical account of creation presented in scientific terms; and in a number of locales, primarily in the South and West, they succeeded in influencing curricular policies, although not to the point of banning evolution from science classes. Their concern with the public role of religion not only involved them most directly in the effort to restore prayer to the public schools, but also engaged them in the debates over a variety of social issues and public policy that they believed should be guided by religious principles. These issues included gay rights, pornography, immorality in the entertainment industry, and equal rights for women. They continued to face strong opposition from moderates and liberals on these issues, but, nonetheless, their efforts to organize politically substantially enhanced their influence on American culture, particularly during the Reagan administration of the 1980s, when candidates such as Pat Robertson entered the active political arena.

During the 1990s, fundamentalists maintained their commitment to political action, although developments at the national level, such as Pat Robertson's failed bid for the Republican presidential nomination in 1988, led many to focus on local or grassroots efforts. Control of local school boards became one of the most common objectives of fundamentalists in their attempts to influence public policy. They also adopted a more direct approach to expressing their opposition to trends within the entertainment industry through boycotts of entertainment production companies and their advertisers. Thus, although its prominence in national politics had declined, fundamentalism continued to offer a substantive critique of mainstream American culture. Finally, it has also provided a model for understanding the resurgence of militant religious traditionalism in other regions of the world, within religious cultures as different as Islam, Judaism, and Hinduism. In this sense, the term "fundamentalism" now applies not only to a conservative wing of evangelical Protestantism in the United States, but to a variety of analogous social trends, sometimes accompanied by the violence of "Holy war," that have developed around the globe.—Roger W. Stump

The materialistic scientist and the extreme idealist are destined always to be at loggerheads. This is not true of those scientists and idealists who are in possession of a common standard of high moral values and spiritual test levels. In every age scientists and religionists must recognize that they are on trial before the bar of human need. They must eschew all warfare between themselves while they strive valiantly to justify their continued survival by enhanced devotion to the service of human progress. If the so-called science or religion of any age is false, then must it either purify its activities or pass away before the emergence of a material science or spiritual religion of a truer and more worthy order.[1]