From Nordan Symposia
(Redirected from Impressions)
Jump to navigationJump to search 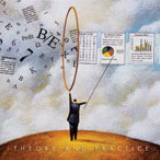 French impression (13th cent.), Latin impressiōn-em (in classical Latin common only in the sense of ‘irruption, onset, attack’, but used by Cicero for ‘emphasis’ and ‘mental impression’, and in later Latin for ‘action of impressing or stamping’)

b : an effect of alteration or improvement <the settlement left little impression on the wilderness>
c : a telling image impressed on the senses or the mind

b : an imprint of the teeth and adjacent portions of the jaw for use in dentistry
c : an especially marked and often favorable influence or effect on feeling, sense, or mind

b : a communicating of a mold, trait, or character by an external force or influence

b : one instance of the meeting of a printing surface and the material being printed; also : a single print or copy so made
c : all the copies (as of a book) printed in one continuous operation from a single makeready

b : a coat of paint for ornament or preservation

In sociology and social psychology, impression management is a goal-directed conscious or unconscious process in which people attempt to influence the perceptions of other people about a person, object or event; they do so by regulating and controlling information in social interaction (Piwinger & Ebert 2001, pp. 1–2). It is usually used synonymously with self-presentation, in which a person tries to influence the perception of their image. The notion of impression management also refers to practices in professional communication and public relations, where the term is used to describe the process of formation of a company's or organization's public image.

There are two main motives that govern self-presentation. One is instrumental: we want to influence others and gain rewards (Schlenker 1980, pp. 92). There are three instrumental goals. The first is ingratiation, when we try to be happy and display our good qualities so that others will like us (Schlenker 1980, pp. 169). The second is intimidation, which is aggressively showing anger to get others to hear and obey us. The third is supplication, when we try to be vulnerable and sad so people will help us and feel bad for us.

The second motive of self-presentation is expressive. We construct an image of ourselves to claim personal identity, and present ourselves in a manner that is consistent with that image. If we feel like this is restricted, we exhibit reactance/be defiant. We try to assert our freedom against those who would seek to curtail our self-presentation expressiveness. A classic example is the idea of the "preacher’s daughter", whose suppressed personal identity and emotions cause an eventual backlash at her family and community.

Impression management (IM) theory states that any individual or organization must establish and maintain impressions that are congruent with the perceptions they want to convey to their publics. From both a communications and public relations viewpoint, the theory of impression management encompasses the vital ways in which one establishes and communicates this congruence between personal or organizational goals and their intended actions which create public perception.

The idea that perception is reality is the basis for this sociological and social psychology theory, which is framed around the presumption that the other’s perceptions of you or your organization become the reality from which they form ideas and the basis for intended behaviors.