From Nordan Symposia
(Redirected from Personally)
Jump to navigationJump to search 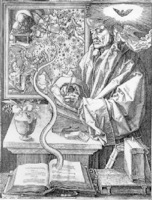 For example, in many jurisdictions a corporation may be treated as a "person" under the law. In the fields of philosophy, theology, and bioethics, the definition of a person may exclude biological human entities (such as human embryos, or deformed human fetuses that lack major portions of the brain, or adult humans lacking higher brain functions).

These alternative definitions of what constitutes a "person" include a wide and varying range of alternative defining characteristics, some of which have evolved historically, and continue to shift with time and social context. Some other characteristics used to define a 'person' include personal identity, This may also include corporate identity in some jurisdictions. self-awareness, individuality, and a sense of self that persists through time. Other views centre around the degree to which properties such as agency (both human agency and moral agency) and rights are recognized and acknowledged in society or enforcable by law. The recognition of status as a person is known as personhood.

The inquiry into what it means to be a 'person' is the subject of considerable analysis and debate within diverse fields such as religion, medicine, ethics, economic and political theory, human rights, and animal rights.

The establishment of 'personhood' represents a complex issue that covers a wide swath of human activities and discourse. Generally, the issue can be categorized by the underlying intended uses of the term "person".

Such intended uses include:

Discourse on personhood may combine different elements of the previous categories in order to coincide with a particular viewpoint or academic theory. For example, a legal scholar and economist might define a person as "any being with the neurological prerequisites to understand moral consequences and take his life morally seriously." (Markovits) The conceptual and normative elements could then be incorporated into established legal doctrine and economic theory, both of which assume some level of individual choice and personal responsibility.

The normative principle of absolutism is often combined with an analytic definition of persons as co-equal participants in a given society, based on citizenship, nationality or common humanity. This combination is very common in such instruments as the Declaration of the Rights of Man and of the Citizen, and the Universal Declaration of Human Rights.

A person can have recognition, existence and legal capacity under the law (legal personhood). There are various legally operative definitions for personhood, but they all rely on formal, prescriptive definitions that must eventually be evaluated and falsifiable. Most such definitions form the basis of specific rights that may be exercised or enforced (such as human rights, custody, conservatorship and suffrage). Such definitions may also impose obligations or duties which carry a penalty if they are breached.

Some legally operative definitions of 'person' go beyond the scope of establishing rights and obligations for individual human beings. For example, in many jurisdictions, any artificial legal entity (like a school, business, or non-profit organization) is considered a juristic person. As another example, the United States Constitution has historically applied different definitions of 'person' for the purpose of allotting seats in the House of Representatives.

Recognition as a 'person' is significant in society because it goes to the heart of many debates over the status, respect, rights, and treatments, which are obligatory to different types of living beings. It is closely connected to the societal concept that sufficiently intelligent or self-aware beings should be respected and have their rights enforced for this reason, whereas a degree of exploitation is permissible for entities lacking it. Such exploitation has at times taken the form of slavery or medical torture for humans, and cruelty and vivisection for animals. Personhood is directly connected to issues such as rights and the capability to protect those rights by law or to have them protected on one's behalf if incapable.

Human beings represent the most prevalent conceptual definition of 'person'. Some philosophers, like Peter Singer of Princeton University, regard certain types of animals with high cognitive abilities and a degree of societal development as persons, and argue that some human beings — for example, those with certain types of brain damage — are not. Should other intelligent life ever be discovered beyond those known to science, similar questions would be relevant in establishing personhood.

Personhood is held by some to be an attribute of more than just human beings. Some religions specify deities as occupying the place of personhood in many different forms. It is not uncommon for spiritual and archetypal roles to be depicted as "persons".

For example, in the Book of Proverbs the attribute Wisdom is personified:

Scripture scholars differ on whether and the extent to which this and other similar personification represents an attribute of the Divine Nature as made manifest in the form of a distinct 'person'.

Personhood is frequently examined through any of several artistic modalities, especially in literary works. In fictional works, fantasy and science fiction often explore the question of personhood by relaxing one or more of the common characteristics associated with it, and then exploring the ramifications and possible consequences. For example, Isaac Asimov introduced the three laws of robotics by relaxing the assumption that personhood is restricted to biological organisms. As another example, David Brin explored the attributes of personhood; especially identity, autonomy, and agency, by depicting a world in which characters could "copy" themselves in the novel Kiln People.

Personhood in philosophy and theory

Philosophers have expounded on every dimension — from the purely analytical to the metaphysical — in discourses on personhood. Conceptually, a person is defined by the characteristics of reasoning, consciousness, and persistent personal identity. The English philosopher John Locke defined a person as "a thinking intelligent Being, that has reason and reflection, and can consider it self as it self, the same thinking thing in different times and places; which it does only by that consciousness, which is inseparable from thinking, and as it seems to me essential to it" (Essay on Humane Understanding, Book 2, Chapter 27, Section 9).

John Locke emphasized the idea of a living being that is conscious of itself as persisting over time (and hence able to have conscious preferences about its own future).

In recent years a kind of consensus among secular scholars has emerged, which might be referred to as "personhood theory".Template:Fact This is strongly influenced by Locke's approach. The criteria a person must have in being a person are one or more of the following:

Neo-Kantian philosophers over the last two decades have emphasized that conscious awareness requires both:

Both of these capacities are required for a subject of experience, action, thought, or self-reflection to exist, at least in the physically embodied, world-accessing manner of humans (and presumably other intelligent animals). As Kant wrote:

Without sensibility no object would be given to us, and without understanding none would be thought. Thoughts without content are empty, intuitions without concepts are blind. (Critique of Pure Reason, A 51 = B 75).

For those who consider an embodied capacity for subjectivity as necessary for personhood, these abstract constraints are quite relevant to the personhood theory debate. Advocates of alternative positions, such as a biological species or potentiality criterion, would instead need to provide arguments against embodied subjectivity as a basis for personhood. For example, one might argue that property claims are made by immaterial minds on immature material bodies, though any claim as to the nature of such minds would be necessarily speculative and would typically involve an argument for Cartesian substance dualism (see "mind-body problem").

The use of the word "person" in these clauses became an issue in Roe v. Wade. The question that came up was whether the fetus should have the rights of a person according to the Fourteenth Amendment. The conclusion of the majority was that it did not.

In the Declaration of Independence, the word "person" is not used in connection with the right to life. It is generally understood that "all men" refers to all mankind, or all living humans, regardless of nationality. As time went on, legal decisions needed to be made about specific rights for women, children, slaves, those who did not own land, and those who were not white.

In the Fifth Amendment, the word "person" seems also to refer to any living human.

The Roe v. Wade decision took the position that the unborn were simply not considered, while the decision also opens up a new unconsidered third category: living human beings who - by virtue of not having been born yet - do not qualify as persons. In effect, the USA currently operates with three categories; the broadest is living human beings in general (not necessarily legal "persons", and not mentioned in the 14th Amendment), then comes the subset of those living humans who have been born in any place ("persons" as mentioned in the 14th Amendment), and finally the smaller subset of those who are American citizens (those "persons" who have been born or naturalized in the U.S.A.).

In addition speculatively, there are three other likely categories of beings where personhood might be at issue:

Such questions are used by philosophers to clarify thinking concerning what it means to be 'human', or 'living', or a 'person'.

Implications of the person, non-person debate

The personhood theory has become a pivotal issue in the interdisciplinary field of bioethics. While historically most humans did not enjoy full legal protection as "persons" (women, children, non-landowners, minorities, slaves, etc.), from the late 18th through the late 20th century being born as a member of the human species gradually became secular grounds for an appeal for basic rights of liberty, freedom from persecution, and humanitarian care.

Since modern movements emerged to oppose animal cruelty (and advocate vegetarian or vegan lifestyles) and theorists like Turing have recognized the possibility of artificial minds with human-level competence, the identification of personhood protections exclusively with human species membership has been challenged. On the other hand, some proponents of "human exceptionalism" (also referred to by its critics as "speciesism") have countered that we must institute a strict demarcation of personhood based on species membership in order to avoid the horrors of genocide (based on propaganda dehumanizing one or more ethnicities) or the injustices of forced sterilization (as occurred in the U.S. to people with low I.Q. scores and prisoners).

While the former advocates tend to be comfortable constraining personhood status within the human species based on basic capacities (e.g. excluding human stem cells, fetuses, and bodies that cannot recover awareness), the latter often wish to include all these forms of human bodies even if they have never had awareness (which some would call "pre-people") or had awareness, but could never have awareness again due to massive and irrecoverable brain damage (some would call these "post-people"). The Vatican has recently been advancing a human exceptionist understanding of the personhood theory, while other communities such as Christian Evangelicals in the U.S. have sometimes rejected the personhood theory as biased against human exceptionism. Of course, many religious communities (of many traditions) view the other versions of the personhood theory perfectly compatible with their faith, as do the majority of modern Humanists.

The theoretical landscape of the personhood theory has been altered recently by controversy in the bioethics community concerning an emerging community of scholars, researchers and activists identifying with an explicitly Transhumanist position, which supports morphological freedom even if a person changed so much as to no longer be considered members of the human species (whatever standard is used for this determination).